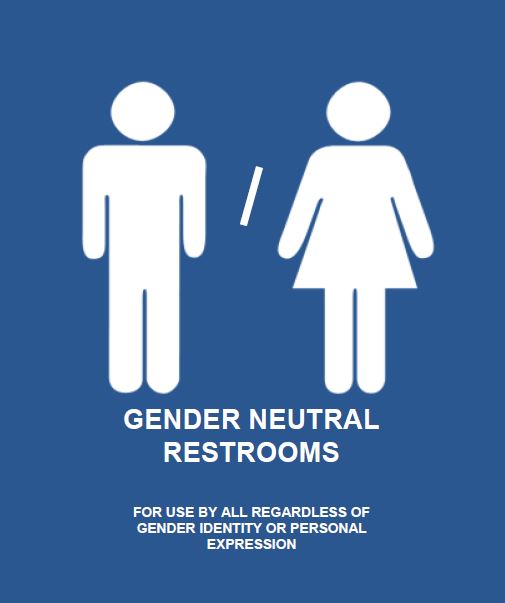 Gender-specific restrooms can be unwelcoming and potentially unsafe for many people whose gender identity falls outside of traditional gender norms. Shifting from gender-specific single-stall restrooms to gender-neutral ones is a simple and low-cost way to help ensure that facilities in the City of West Hollywood are welcoming and open to all people, regardless of the way one presents or identifies their gender identity.

The new ordinance provides a direct benefit to a number of different users including transgender and gender non-conforming people, people with disabilities or with personal attendants, people with children of a different gender, and to the many people who have waited in line for a gender-specific restroom when a restroom for a gender for which they don’t identify remained empty.

The ordinance applies to existing and future single-stall restrooms — defined as intended for use by one person at a time — in food and commercial establishments, retail locations, and City facilities. Existing businesses are afforded a 60-day period in order to make necessary changes to comply with the ordinance; new businesses are required to comply immediately.

In 2006, Washington DC's Office of Human Rights instituted a similar law that requires every single stall public restroom in the District of Columbia to be gender-neutral. In 2013, the City of Philadelphia passed a law requiring new or renovated city-owned buildings to include gender-neutral bathrooms.

For more information about the City of West Hollywood’s Ordinance on Gender-Neutral Restrooms, please contact the City’s Department of Public Works at (323) 848-6375. For people who are deaf or hard of hearing, please call TTY (323) 848-6496.