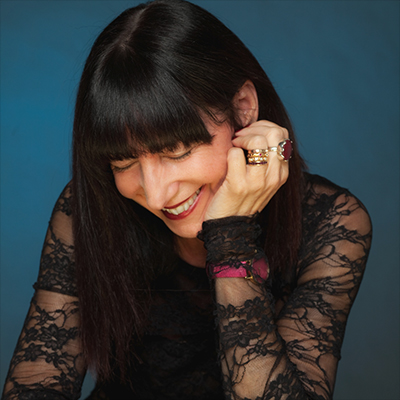 A resident of West Hollywood for more than 30 years, Dower was born and raised in New York, NY and holds a Bachelor of Fine Arts (B.F.A.) degree in Creative Writing from Emerson College, where she also taught. She has published three highly praised collections of poetry; her poems are included in several anthologies and magazines. She has been featured several times on Garrison Keillor’s “The Writer’s Almanac.” Dower teaches workshops for the B.A. program at Antioch University in Los Angeles. She is also a literary publicist.

Dower will begin her two-year appointment as the City of West Hollywood’s City Poet in October 2016, taking over from West Hollywood’s first City Poet, Steven Reigns, who has helped craft the position of City Poet by making poetry and the literary arts more accessible to the community through workshops, readings, literary events, curated public poetry displays, and more.

“I’d like to congratulate Kim on her selection as the next City Poet. We’re all excited to see how she contributes to the City’s arts programming with her unique style and wonderful talent,” said City of West Hollywood Mayor Lauren Meister. “I’d also like to thank Steven for his hard work — he has been tireless in shaping the role of City Poet.”

As City Poet, Dower will create a new body of literary work that commemorates the City of West Hollywood’s diversity and vibrancy. She will serve as the official ambassador of West Hollywood’s exciting literary culture, promote poetry in West Hollywood, stimulate the transformative impact of poetry in the local community, and create enthusiasm about the written word.

The City of West Hollywood has an unwavering commitment to fostering reading, literary arts, and books. The West Hollywood Library, which showcases the City’s rich intellectual, literary, and cultural diversity and provides a landmark facility for the community’s passionate commitment to lifelong learning. The WeHo Reads literary author series and the One City One Pride LGBTQ Arts Festival, held each year in June, fosters literary arts programming in the City. For additional information about literary arts in the City of West Hollywood, please visit the WeHo Arts section of the City’s website at www.weho.org/arts.