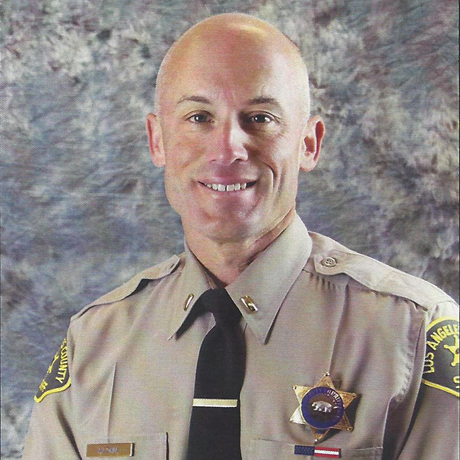 The City of West Hollywood is welcoming a new Captain to the West Hollywood Sheriff’s Station — the Los Angeles County Sheriff’s Department has appointed law enforcement veteran Sergio A. Aloma as the station’s new Captain. He will begin as Captain in April 2017. Captain Holly M. Perez is being promoted to Commander within the Los Angeles County Sheriff’s Department.

Captain Aloma has 30 years of law enforcement experience with the Los Angeles County Sheriff’s Department. Within the West Hollywood Sheriff’s Station, he has worked in a variety of positions including regular patrol, bicycle patrol, field training officer, station detective, and patrol Sergeant, as well as Operations Lieutenant, and Acting Captain. He has also worked within LASD’s Narcotics Bureau and in the Administrative Services Division—Special Positions. He was promoted to Lieutenant in 2012 and was assigned to the Transit Services Bureau as a Watch Commander and later Operations Lieutenant. Captain Aloma was born in Havana, Cuba and was raised in the Southern California area. He is married — his wife, Kristin, is a Lieutenant in the Los Angeles County Sheriff’s Department — and he has two children, John, a student/athlete at the University of Utah, and Zachary, a cadet at the United States Military Academy at West Point.

“I’d like to warmly welcome to Captain Aloma as Captain,” said West Hollywood Mayor Lauren Meister. “He needs no introduction in our community, because he’s been a highly regarded Lieutenant at our Sheriff’s Station and I’m thrilled to see him take on this new leadership role. I’m confident he will do a wonderful job as Captain. I’d also like to thank Captain Perez for her excellent (though too short!) tenure as Captain — we will miss her.”