Show/Hide
The City of West Hollywood has revised its Executive Emergency Order establishing a curfew. The curfew will be in effect this afternoon, Tuesday, June 2, 2020 at 4 p.m., ending at sunrise. Visit weho.org/curfew for details. 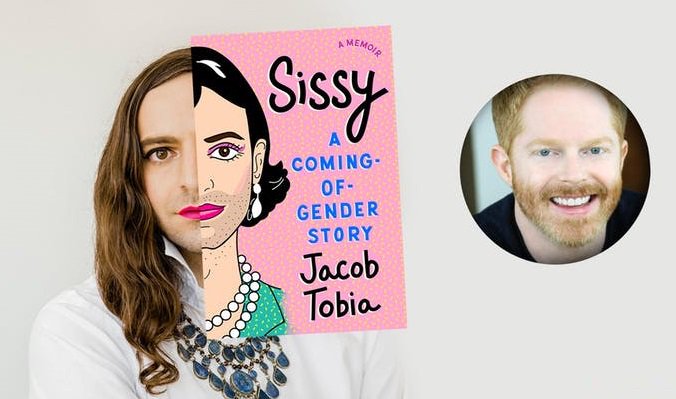 For its upcoming WeHo Reads author series, the City of West Hollywood will present gender nonconforming writer, producer, and performer Jacob Tobia in conversation with Jesse Tyler Ferguson, star of ABC Television’s Modern Family about Tobia’s new book, Sissy: A Coming-of-Gender Story. The event is presented by the City of West Hollywood’s Arts Division and Book Soup and co-sponsored the ONE Archives Foundation.

The event will take place on Wednesday, March 13, 2019 at 7 p.m. at the City of West Hollywood’s Council Chambers/Public Meeting Room at the West Hollywood Library, located at 625 N. San Vicente Boulevard. The evening will include a book signing, with books for sale by Book Soup. Free parking in the adjacent five-story parking structure with validation at the event. Tickets are $26 plus tax (includes one copy of the book) and are available at Book Soup or online at https://www.eventbrite.com/e/an-evening-with-jacob-tobia-and-jesse-tyler-ferguson-tickets-55002629345.

20 free tickets (which do not include a copy of the book) will be provided to West Hollywood residents providing proof of residency via a government ID, lease, or utility bill. Confirm your address is in the City of West Hollywood by visiting www.weho.org/streets.  Limit of two resident tickets per person, tickets may not be resold, and free resident tickets do not include a copy of the book. Tickets can be reserved in advance on a first-come first-served basis by emailing Mike Che at mche@weho.org. The physical tickets must be picked up by 6:15 p.m. on the night of the event, or they will be released to those on standby.

From the moment a doctor in Raleigh, North Carolina, put “male” on Jacob Tobia’s birth certificate, everything went wrong. Alongside “male” came many other, far less neutral words: words that carried expectations about who Jacob was and who Jacob should be, words like “masculine” and “aggressive” and “cargo shorts” and “SPORTS!” Naturally sensitive, playful, creative, and glitter-obsessed, as a child Jacob was given the label “sissy.” In the two decades that followed, “sissy” joined forces with “gay,” “trans,” “nonbinary,” and “too-queer-to-function” and eventually became a source of pride and, today, a rallying cry for a much-needed gender revolution. Tobia, who uses the pronouns they, them, theirs, revisits their childhood and calls out the stereotypes that each of us have faced, while inviting us to rethink what we know about gender. They offer a bold blueprint for a healed world — free from gender-based trauma and bursting with trans-inclusive feminism.

From Tobia’s Methodist childhood and the hallowed halls of Duke University to the portrait-laden parlors of The White House, Sissy takes readers on a gender odyssey they won’t soon forget. Writing with the fierce honesty, wildly irreverent humor, and the wrenching vulnerability that have made them a media sensation, Jacob shatters the long-held notion that people are easily sortable into “men” and “women.” Sissy guarantees that you’ll never think about gender  — both other people’s and your own — the same way again.

Tobia has become established as a breakout voice for the nonbinary, genderqueer, and trans communities. Named one of Forbes’ 30 Under 30 and one of the OUT 100, Tobia was a producer for Amazon’s Emmy Award-winning show Transparent and created, co-produced, and hosted Queer 2.0, a first-of-its-kind LGBTQ series on NBC News. With bylines everywhere from Teen Vogue to The New York Times, Tobia has blazed a trail for gender nonconformity and contributed to the chorus of queer voices challenging normative notions of gender and sexuality, advocating for inclusivity and empathy, and helping others find and embrace their own truths.

Actor, foodie, and philanthropist Jesse Tyler Ferguson currently stars as “Mitchell Pritchett” on the award-winning ABC comedy Modern Family. The show has earned five Emmy Awards and four Screen Actors Guild Awards. Ferguson has also received five Emmy Award nominations for Outstanding Supporting Actor in a Comedy Series and three People’s Choice Award nominations for Favorite Comedic TV Actor. Ferguson made his Broadway debut at the age of 21 as “Chip” in George C. Wolfe’s revival of On the Town. He later went on to originate the role of “Leaf Coneybear” in the Tony Award-winning Broadway musical The 25th Annual Putnam County Spelling Bee (Drama Desk Award for Outstanding Ensemble Performance; Drama League nomination for Distinguished Performance). He has worked extensively with The New York Public Theatre’s Shakespeare in the Park in such notable productions as The Tempest, The Comedy of Errors (Drama League nomination for Distinguished Performance), The Merchant of Venice, A Winter’s Tale, and A Midsummer Night’s Dream (Drama League nomination for Distinguished Performance). A longstanding advocate for marriage equality, Ferguson co-founded Tie The Knot in 2012 with his husband, where they design limited edition bow ties with all the proceeds going to various nonprofit organizations that fight for equal civil rights for LGBTQ people.

Upcoming 2019 WeHo Reads events will take place at 7 p.m. and include:

For more information about this event, please contact the City of West Hollywood’s Arts Coordinator Mike Che at (323) 848-6377 or mche@weho.org. For people who are Deaf or hard of hearing, please call TTY (323) 848-6496. For up-to-date news and events, follow the City of West Hollywood on social media @WeHoCity and sign up for news updates at www.weho.org/email.
Return to full list >>