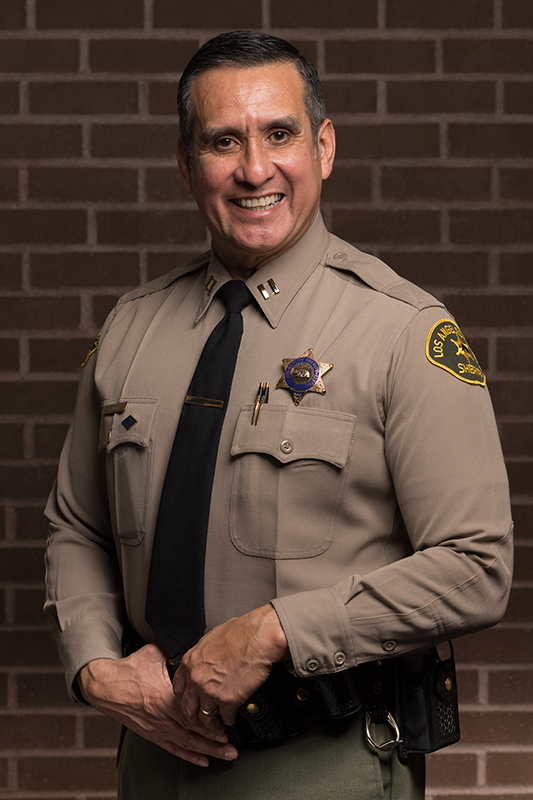 The City of West Hollywood is welcoming a new Captain to the West Hollywood Sheriff’s Station — the Los Angeles County Sheriff’s Department has appointed law enforcement veteran Ed Ramirez as the station’s new Captain. He began his new role as Captain on Sunday, March 24, 2019. Former Captain Sergio Aloma had been promoted to Commander within the Los Angeles County Sheriff’s Department earlier this year.

“On behalf of the City Council, I want to congratulate Edward Ramirez on his appointment to lead the West Hollywood Sheriff's Station as its new Captain,” said West Hollywood Mayor John D’Amico. “This promotion is welcome news. Public safety is job one and Captain Ramirez is a law enforcement veteran who is highly regarded by our community and knows West Hollywood and its unique challenges. We look forward to working with him in his new leadership role at the station.”

Captain Ramirez has almost 30 years of law enforcement experience, joining the ranks of the Los Angeles County Sheriff’s Department in 1990 at the Men’s Central Jail.

During his career, Ramirez has assisted in the creation and implementation of two bureaus; the Education Based Incarceration Bureau and the Population Management Bureau, as well as the Community Re-entry and Resource Center at the Inmate Reception Center.

Ramirez has also worked patrol at Temple, Crescenta Valley, and Altadena stations before transferring to the Sheriff’s Information Bureau and later to the Office of the Sheriff as part of the Sheriff’s security detail.  As a Sergeant, Ramirez served at Century Station and as a Chief’s Aide at the Correctional Services Division before promoting to Lieutenant at the Community Transition Unit.  He also served as a Lieutenant at several other bureaus before transferring to West Hollywood station in 2015.

Captain Ramirez has also been actively involved in the communities in which he’s lived and served, including being a Board member for the Boys and Girls Club of Pasadena, and Shelter Partnership, a homeless support organization.

Ramirez has been married to his wife, Roseann, for 32 years, and they have three adult children as well as two grandchildren.  He is currently completing his Bachelor’s Degree in Leadership Studies through the University of Alabama’s external degree program.