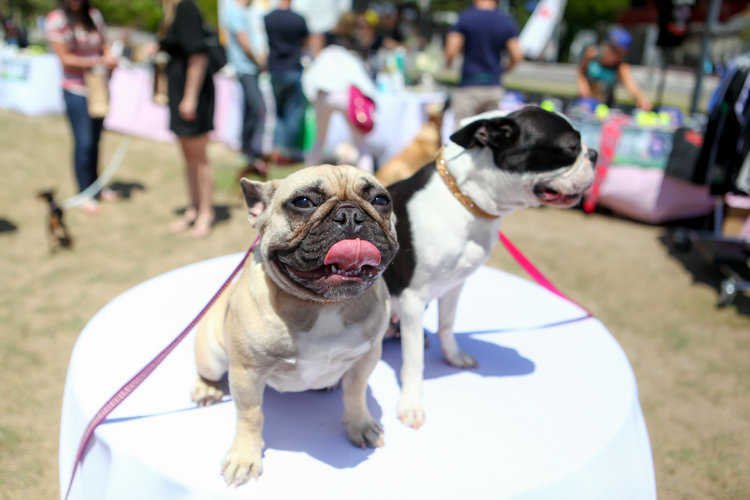 The City of West Hollywood is pawsitively pumped to co-sponsor The Vanderpump Dog Foundation’s World Dog Day, presented by Petplan Pet Insurance. The event will bring together thousands of people and their furry friends to celebrate dogs for a day of fun and entertainment!

The event will be held on Saturday, May 18, 2019 from 11 a.m. to 4 p.m. at West Hollywood Park, located at 647 N. San Vicente Boulevard. Admission is free and open to the public; canine companions must attend on a leash.

Started in 2016, this family-friendly event will include live performances, contests, and more than 35 exhibitors featuring pet-friendly products and services, including a dog agility park, an animal education area, a morning “Doga” class, and a vast array of food trucks for all to enjoy. World Dog Day will also feature the first annual “Best of Vanderpump Rescue Contest,” hosted and judged by the cast of Bravo’s Vanderpump Rules. It will be a memorable day of celebrating dogs, while raising awareness about global dog abuse, including the Yulin Dog Meat Festival. For more information about World Dog Day, please visit www.vanderpumpdogs.org/world-dog-day.

The City of West Hollywood invites canine members of the community and their humans to sniff out a spot and romp around at the City’s two dog parks at West Hollywood Park. A small dog park and large dog park are located on each side of the park’s basketball courts and each area features expanses of open space with shade trees, small mounds and turf terraces, and water stations. In addition, the City operates the William S. Hart Park and Off-Leash Dog Park located at 8341 De Longpre Avenue.

The City of West Hollywood has a history of supporting measures that promote the protection of animal rights and the City is a recognized leader in legislation that ensures the welfare of animals. In April 2003, the City became the first municipality in the nation to prohibit cat declawing. In February 2010, the City passed an Ordinance to address the inhumane conditions endured by “puppy mill” animals by prohibiting the sale of dogs and cats in companion animal stores. In September 2013, the City’s fur Ordinance went into effect, which prohibits retail establishments from selling, trading, distributing, importing, or exporting any fur product.