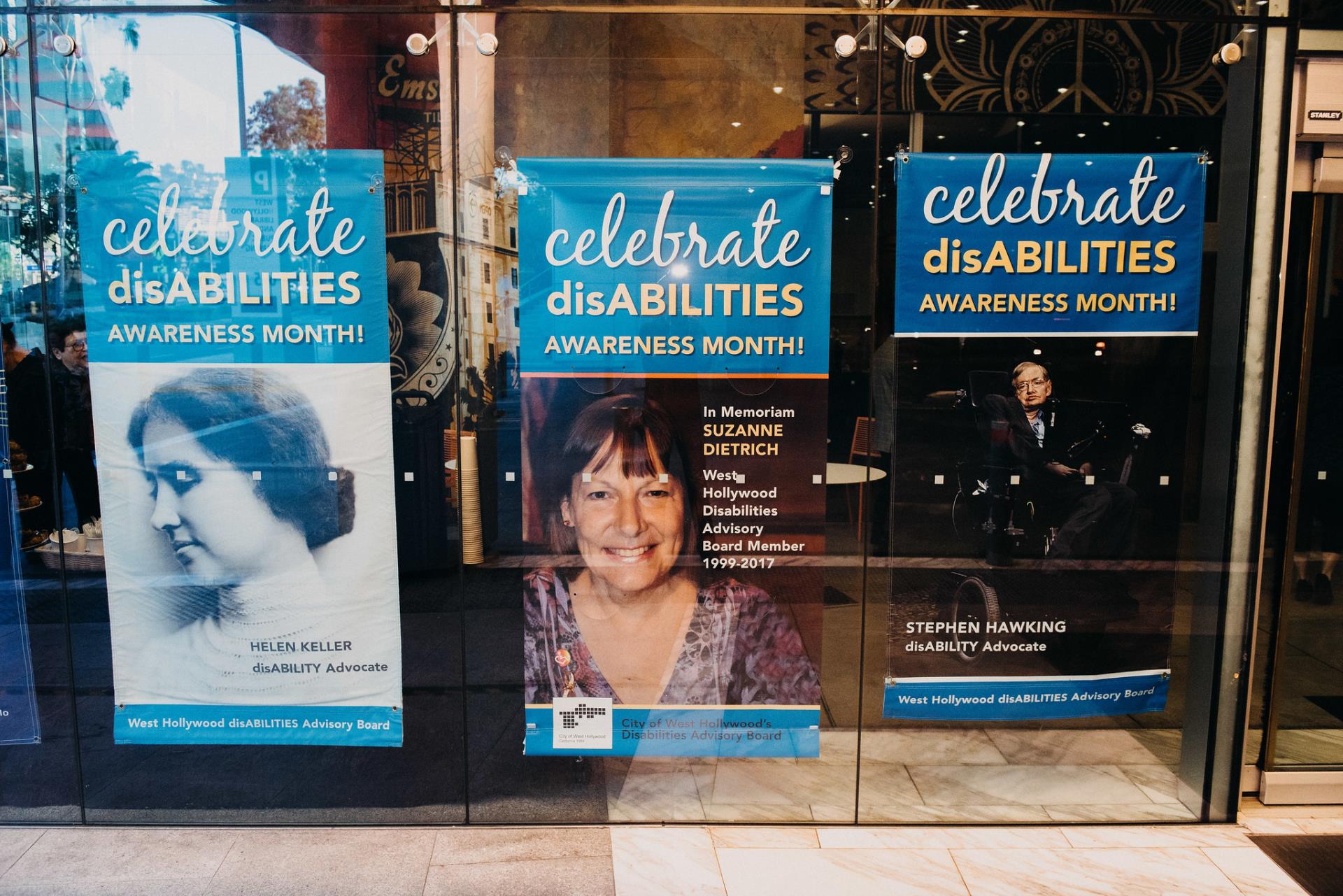 The City of West Hollywood is gathering nominations for its 21st Annual Disability Service Awards. The awards presentations and reception will take place on Wednesday, October 23, 2019 at 6 p.m at the City of West Hollywood’s Council Chambers, located at 625 N. San Vicente Boulevard, as part of the City’s recognition of Disabilities Awareness Month.

Since 1999, the City has presented Disability Service Awards. Members of the West Hollywood community are encouraged to nominate individuals, businesses, the media, and nonprofit organizations that deserve special recognition for their work with people living with disabilities, including accessibility issues, attention to Americans with Disabilities Act (ADA) requirements, or advocacy.

Nominations for this year’s Disability Service Awards will be accepted until Thursday, August 16, 2019 at 5 p.m. Self-nominations are welcome. Honorees will be selected by the City of West Hollywood’s Disabilities Advisory Board.

Nomination forms are available (PDF) on the City’s website at www.weho.org/disabilityserviceawards.

The City of West Hollywood’s Disabilities Advisory Board was created in 1995 and is comprised of nine members. The Disabilities Advisory Board addresses issues affecting people with disabilities, including ADA compliance, transportation, housing, access to City government and services for people with disabilities, and makes recommendations to the West Hollywood City Council relative to the adoption of programs, policies, or ordinances of benefit to the constituency.