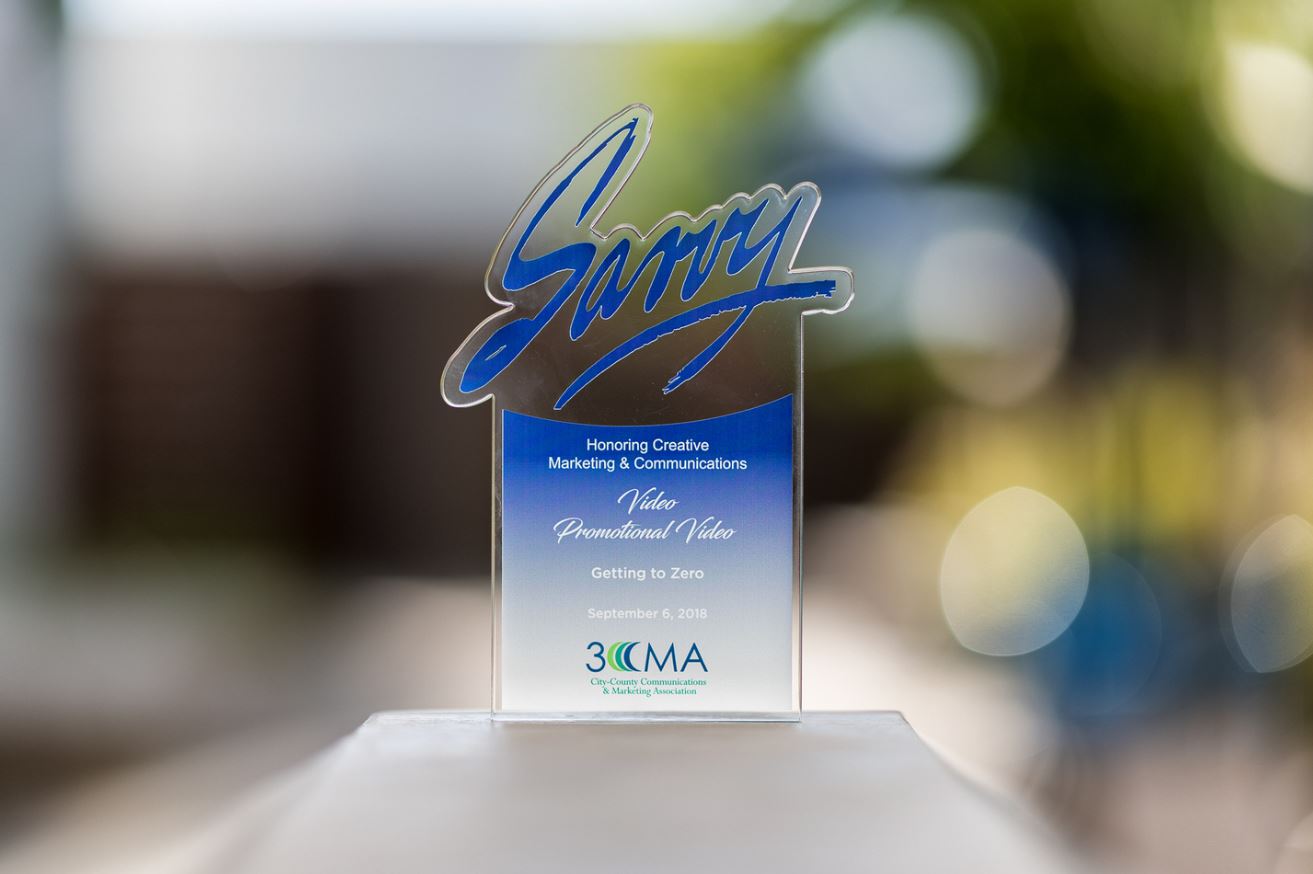 “The City of West Hollywood raises our creativity to new levels to effectively communicate our messages to a variety of audiences across multiple platforms,” said West Hollywood Mayor John D’Amico. “I’m thrilled to see that 3CMA has, with these four awards, embraced the culture and diversity of our community as we tell the stories of our city.”

3CMA conferred its digital interactive Savvy Award for Overall Website to the City of West Hollywood for www.weho.org, the City’s official website. In 2017, the City embarked on a year-long process of redesigning its website. The goal was to achieve a design that would celebrate the vibrant energy and cultural diversity of West Hollywood, and be a direct reflection of a city brimming with uniqueness and pride. Every facet of the design was meant to meet the needs of its audience while projecting the heart and soul of the city. In presenting the award, the judges noted, “The City of WeHo continues to show other cities how it's done! This is one of the best websites I have seen in a long time.”

The City of West Hollywood’s One City One Pride LGBTQ Arts Festival marketing materials took home the nation’s top city/county award for Graphic Design Marketing Tools with the judges saying they were, “…very impressed with the results and outreach … beautiful poster design, powerful yet simplistic.”

The City of West Hollywood was also awarded two 3CMA Award of Excellence honors. The first recognition was for the promotional video I Sing the Body West Hollywood, of which the judges said, “Innovative piece with unique storytelling and beautiful graphics. Great job on combining lyrics and animations … the video not only tells the story but makes you feel as if you know the City, even if you have never been there.” Former City of West Hollywood Poet Laureate Kim Dower created the poem in homage to Walt Whitman’s “I Sing the Body Electric.” The poem paints a vivid picture of West Hollywood as a place like no other that offers community members a sense of belonging unrivaled anywhere. It became the inspiration of an artwork by Miguel Andrisani that was installed at West Hollywood City Hall.

The City captured an opportunity to produce an animated music video for social media that combines the crowd-sourced lines of poetry with animated imagery. The result is a captivating five-minute voyage into the lyrical heart of what makes West Hollywood uniquely special as a place that its residents have come from all over the world to call their own.

The second Award of Excellence recognized the City’s video public service announcement, Recreational Reefer Madness. The City of West Hollywood has been at the forefront of the national discussion about decriminalizing the use of cannabis and the City has a long track record of supporting cannabis use for medicinal purposes, and, more recently, in supporting adult-use cannabis. Along with this new culture came issues of where and how to buy and use cannabis in the City, as well as misunderstandings regarding public consumption and of state laws regarding driving under the influence.

3CMA is the nation’s premiere network of local government communicators. The Savvy Awards recognize outstanding local government achievements in communications and public-sector marketing. The Savvies salute skilled and effective city, county, agency or district professionals who have creatively planned and carried out successful innovations in communications and marketing. More than 700 entries in 40 categories were received.  For additional information about 3CMA, please visit www.3cma.org.

For more information, please contact Lisa Marie Belsanti, the City of West Hollywood’s Director of Communications at (323) 848-6378 or at lbelsanti@weho.org. For people who are Deaf or hard of hearing, please call TTY (323) 848-6496. For up-to-date news and events, follow the City of West Hollywood on social media @WeHoCity and sign up for news updates at www.weho.org/email.