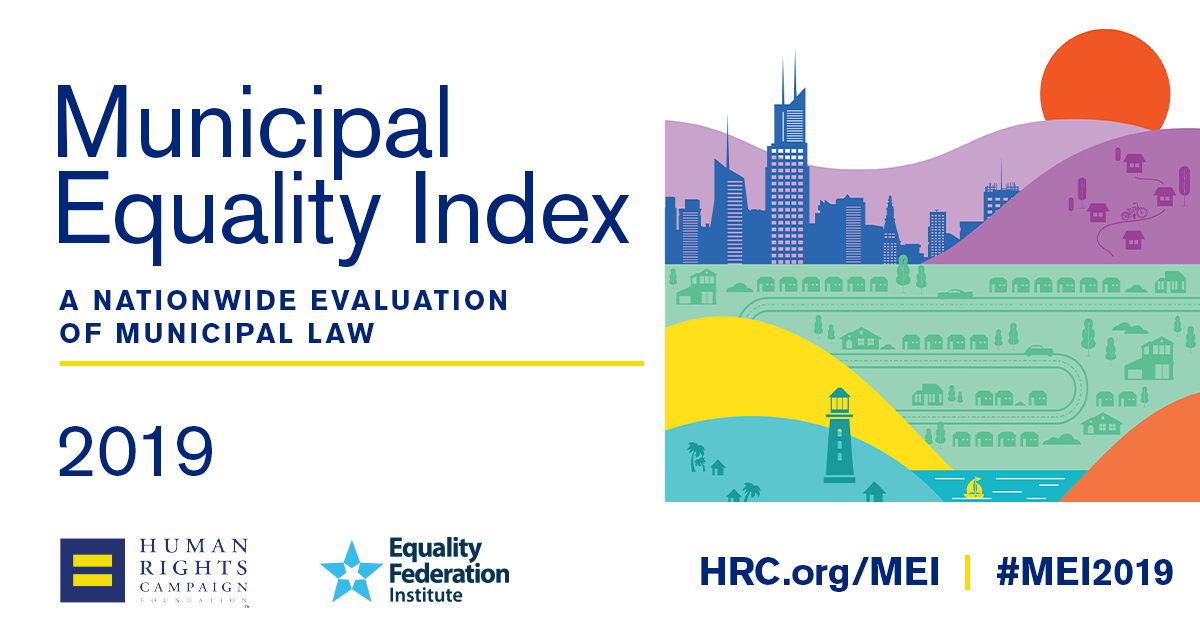 The City of West Hollywood has received a score of 100 on the Human Rights Campaign’s 2019 Municipal Equality Index (MEI), a nationwide evaluation of municipal laws affecting the LGBT community. The City received 17 bonus points in recognition of specific services such as those to LGBT youth, seniors, and homeless people; services to people with HIV/AIDS; and services to transgender people. The City also received bonus calculations for its single-occupancy all-gender restrooms, for its employee domestic partner benefits, and for its openly LGBT elected municipal leaders.

The Human Rights Campaign launched the MEI in 2012 and rates cities yearly. The MEI examines the laws, policies, and services of municipalities of various sizes from every state in the country and rates them on the basis of their inclusivity of LGBT people living and working in those cities. This year’s score once again places the City of West Hollywood at the top of rated municipalities in the nation. HRC rated a total of 506 cities. The City of West Hollywood has received a score of 100 on the MEI for multiple consecutive years.

“Eight consecutive years of receiving a top score on the Human Rights Campaign’s Municipal Equality Index is something the City of West Hollywood is incredibly proud of and not something we take for granted,” said West Hollywood Mayor John D’Amico. “As we know, the current administration is attempting to dismantle legislation that protects the equality and dignity of the LGBTQ community. We cannot rest for a moment in protecting our hard-won rights as LGBTQ people. The City of West Hollywood will never stop fighting for our community members here and for LGBTQ people everywhere.”

A city’s MEI score is based on its non-discrimination laws, its recognition of relationships, its fairness and inclusiveness as an employer, its municipal services, its law enforcement, and its relationship with its LGBT community. Detailed scorecard information is posted on the HRC website at www.hrc.org/mei. A PDF scorecard for the City of West Hollywood’s 2019 MEI is available at https://assets2.hrc.org/files/images/resources/MEI-2019-West_Hollywood-California.pdf.

As the largest civil rights organization working to achieve equality for lesbian, gay, bisexual, and transgender Americans, the Human Rights Campaign (HRC) represents a force of more than 1.5 million members and supporters nationwide — all committed to making HRC’s vision a reality. Founded in 1980, HRC advocates on behalf of LGBT Americans, mobilizes grassroots actions in diverse communities, invests strategically to elect fair-minded individuals to office, and educates the public about LGBT issues.