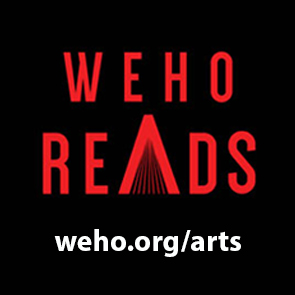 The City of West celebrates the literary community with its WeHo Reads program, a literary series featuring noteworthy authors at the West Hollywood Library. The December event will feature a conversation and Q & A with longtime West Hollywood resident and literary icon Felice Picano.

Picano will present Coming to Hollywood: 1935-2000, in Words and Pictures where he will read from and share his research on LGBTQ Hollywood conducted for his two novellas. He will also share the impact that living in West Hollywood has had on his artistic and literary career. Picano’s newest book is Justify My Sins: A Hollywood Novel in Three Acts.

Felice Picano’s first book was a finalist for the PEN/ Hemingway Award. Since then, he has published twenty volumes of fiction, poetry, and memoirs. Considered a founding member of modern gay literature along with other members of the Violet Quill Club, he founded two publishing companies: SeaHorse Press and Gay Presses of New York. Among his award-winning books are the novels Like People in History; The Book of Lies; and Onyx. He lives and works in West Hollywood.

The event will take place on Wednesday, December 11, 2019 at 7 p.m. at the City of West Hollywood’s Council Chambers/Public Meeting Room at the West Hollywood Library, located at 625 N. San Vicente Boulevard. The event is free, but seating is limited. RSVP is requested; please RSVP to https://wehoreads-felicepicano.eventbrite.com.