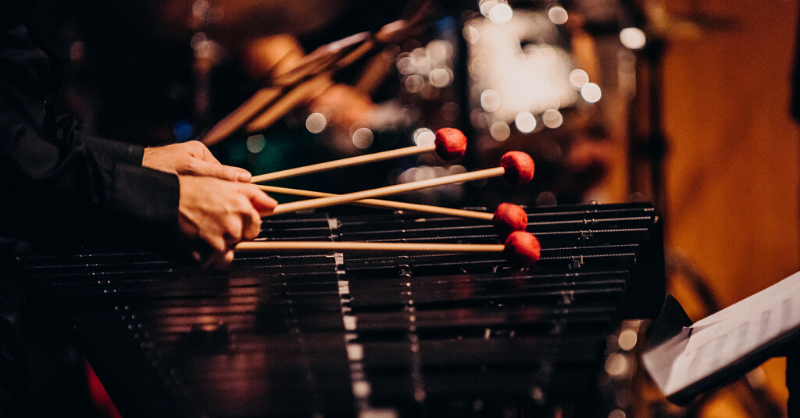 The series will kick-off on Saturday, December 14, 2019 with the Nick Mancini Quartet. Vibraphonist Nick Mancini has been performing professionally since the age of 15. He earned his masters from Manhattan School of Music and spent 10 years honing his craft in New York City before relocating to Los Angeles. He's performed and recorded with a wide range of artists including Arturo Sandoval, Kamasi Washington, Peter Erskine, Poncho Sanchez, and Solange to name a few. And as both a band leader and side man, Nick has appeared at some of New York’s most notable venues such as the Apollo Theater, Birdland, The Blue Whale, as well as appearing at the LACMA Friday Night Jazz series. RSVP is requested at https://wintersounds-dec2019.eventbrite.com

The next concert in the series will take place on Saturday, January 11, 2020 and feature Dhara, a world music/fusion group. Dhara is a multi-faceted group that features Vineet Vyas (Canada), Rajib Karmakar (India), James Waterman (U.S.), Joseph Salcedo (U.S.), and Amir Oosman (U.S.). Each member has studied in the traditions of North/South Indian music, West African rhythms, Persian music, Latin percussion and more. Dhara seamlessly fuses these backgrounds to bring audiences a performance unlike any they have ever experienced. RSVP is requested at https://wintersounds-jan2020.eventbrite.com

Winter Sounds closes its run on Saturday, February 8, 2020 with the George Sarah Ensemble’s re-imagining of the film score of The Passion of Joan of Arc. George Sarah is a television and film composer and multi-instrumentalist performer. Born in Seoul, South Korea, he moved to the United States at the age of five. He has garnered critical acclaim for his unique brand of electronic acoustic music bridging the normally discrete musical worlds of electronic and classical as well as Americana and folk music. RSVP is requested at https://wintersounds-feb2020.eventbrite.com.

City of West Hollywood Winter Sounds concerts are free to attend and while RSVPs are not required, they are requested. Limited first-come, first-served seating will be available in the Council Chambers.

For more information, please contact Joy Tribble, the City of West Hollywood’s Arts Technician, at (323) 848-6360 or at jtribble@weho.org. For people who are Deaf or hard of hearing, please call TTY (323) 848-6496. For up-to-date news and events, follow the City of West Hollywood on social media @WeHoCity and sign up for news updates at www.weho.org/email.
Return to full list >>