City's ‘WeHo Reads’ Series will Host Sam Wasson for an Author’s Talk and Q&A about ‘The Big Goodbye: Chinatown and the Last Years of Hollywood’ 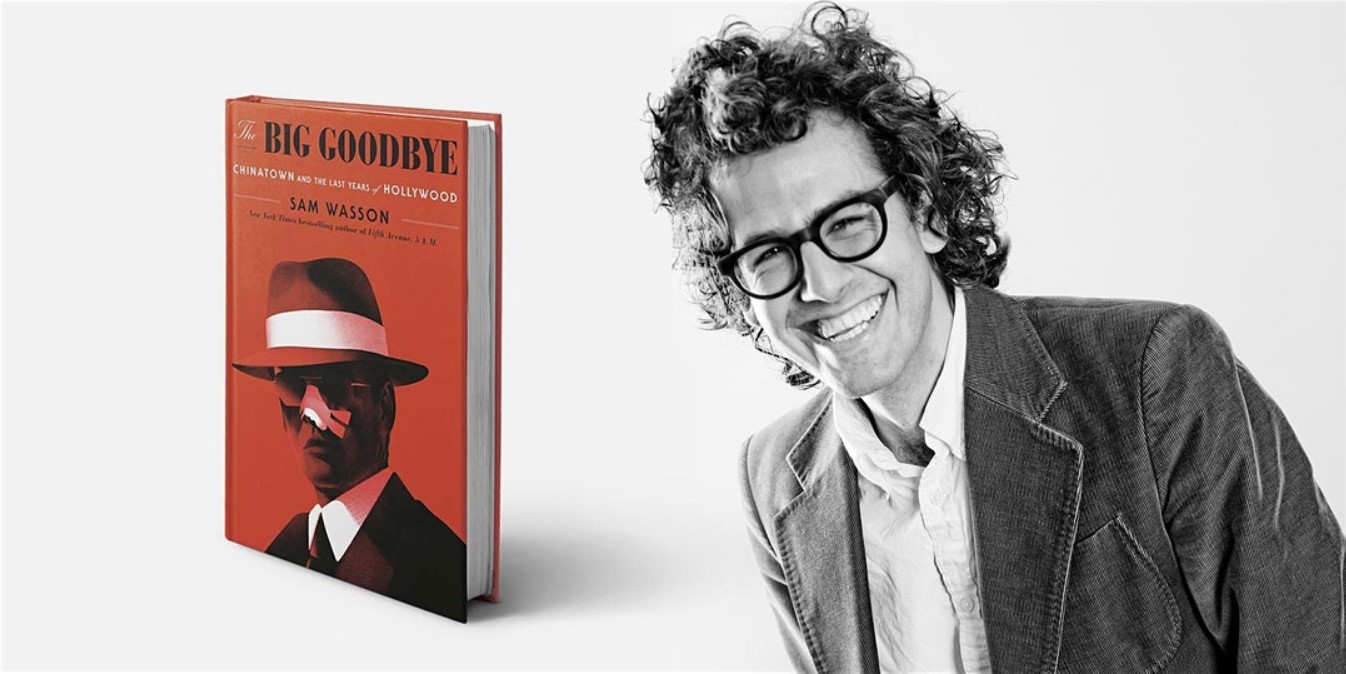 The City of West Hollywood and Book Soup invite community members to a WeHo Reads event featuring Sam Wasson’s new book, The Big Goodbye: Chinatown and the Last Years of Hollywood. Wasson will be joined for a conversation with Director and Screenwriter James Gray (Ad Astra, The Lost City of Z).

The event will include an Author’s Talk and Q&A and will take place on Wednesday, February 5, 2020 at 7 p.m. at the City of West Hollywood’s Council Chambers/Public Meeting Room at the West Hollywood Library, located at 625 N. San Vicente Boulevard. A book-signing will follow the conversation. Tickets are $29 plus tax, and include one copy of the book, which can be signed by the author at the conclusion of the event. Tickets are available at www.eventbrite.com/e/an-evening-with-sam-wasson-and-the-big-goodbye-tickets-86385375985.

A limited number of free tickets (which do not include a copy of the book) will be provided to West Hollywood residents upon providing proof of residency via a government ID, lease or utility bill. Please confirm your address is in West Hollywood by visiting www.weho.org/streets, and email Mike Che, Arts Coordinator, at mche@weho.org to reserve tickets. There is a limit of two tickets per person and tickets may not be resold.

Chinatown is one of the best films of 1970s cinema. Its twist ending is the most notorious in American film and its closing line of dialogue is the most haunting. Here for the first time is the incredible true story of its making. In Sam Wasson’s telling, it becomes the defining story of the most colorful characters in the most colorful period of Hollywood history. Here is Jack Nicholson at the height of his powers, as compelling a movie star as there has ever been, embarking on his great, doomed love affair with Anjelica Huston. Here is director Roman Polanski, both predator and prey, haunted by the savage death of his wife, returning to Los Angeles, the scene of the crime, where the seeds of his own self-destruction are quickly planted. Here is the fevered deal-making of “The Kid” Robert Evans, the most consummate of producers. Here, too, is Robert Towne’s fabled script, widely considered the greatest original screenplay ever written. Wasson peels off layers of myth to provide the true account of its creation. Looming over the story of this classic movie is the imminent eclipse of the ’70s filmmaker-friendly studios as they gave way to the corporate Hollywood we know today.

The City of West Hollywood’s WeHo Reads series will offer additional programming throughout Spring 2020 including:

For additional information about these events, please visit www.weho.org/wehoreads.