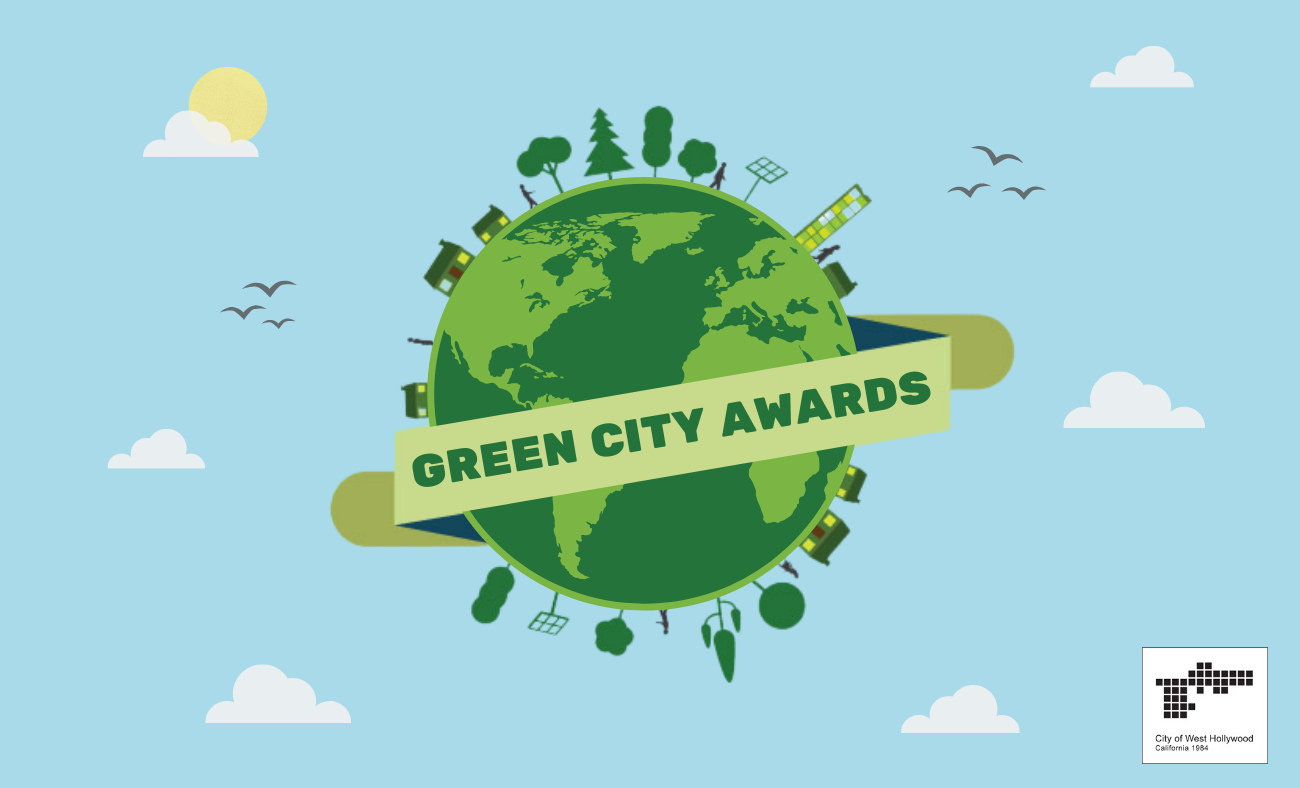 In the spirit of “think globally, act locally,” the City of West Hollywood hopes to inspire more green projects and more green leaders in the community. Local green actions are one way the City builds its community resilience and collectively contributes to combating climate change.

“There’s so much we can do at the local level to reduce adverse impacts on the climate,” said City of West Hollywood Mayor John D’Amico. “In 2007, the City of West Hollywood adopted one of the nation’s first mandatory green building ordinances to ensure buildings in our community are built to be healthier for residents and use less energy. In 2019, we approved an update to our Green Building Program that’s impactful, achievable, and responsive to current climate action priorities. Our Green City Awards are an exciting extension of this work. These awards will give our city new opportunities to recognize people and organizations in our community that work to make a difference in protecting our environment.”

“West Hollywood is a trailblazer,” said City of West Hollywood Councilmember John J. Duran. “While people may think of LGBTQ rights or civil rights when they think of West Hollywood, we’re just as progressive when it comes to sustainability. Environmentalism is not just a goal in West Hollywood, it’s a reality that’s grounded in our core values and in the policies we develop and implement. The Green City Awards will highlight those in our city who are leading the way on sustainability in areas such as conserving energy and reducing waste. Every action matters in helping our community decrease its carbon footprint.”

A total of three awards will be bestowed, recognizing one individual, one business, and one organization or school. Recipients will receive a formal award and be highlighted by the City. The inaugural Green City Awards event is scheduled to take place on Wednesday, May 13, 2020 at 6:30 p.m. at the City of West Hollywood’s Council Chambers/Public Meeting Room, located at 625 N. San Vicente Boulevard.

The Green City Awards complements the City’s longstanding leadership of green policies and practices. The awards program will be administered by the City of West Hollywood and its Public Facilities Commission. Nominations are open to all; anyone interested is encouraged to apply. Applicants can self-nominate or elect to nominate their friends or favorite local business. Considerations for the award are broad and may include energy, water, waste, materials, trees and plants, and much more.

The City of West Hollywood is dedicated to sustainability and preserving our environment. One of the City of West Hollywood’s core values is Respect for the Environment and the City has a strong record of developing and instituting progressive and forward-thinking environmental policies. In 2011, the City released its Climate Action Plan, which is designed to address climate change and reduce the community’s greenhouse gas emissions at the local level. Although climate change is a global problem, the City recognizes that many strategies to adapt to a changing climate are best enacted at the local level. The City’s Climate Action Plan outlines a series of actions that West Hollywood is taking to reduce its contributions to global climate change by reducing greenhouse gas emissions.

For more information, please contact City of West Hollywood Senior Administrative Analyst Erin Hamant at (323) 848-6859 or ehamant@weho.org. For people who are Deaf or hard of hearing, please call TTY (323) 848-6496. For up-to-date news and events, follow the City of West Hollywood on social media @WeHoCity and sign up for news updates at www.weho.org/email.
Return to full list >>