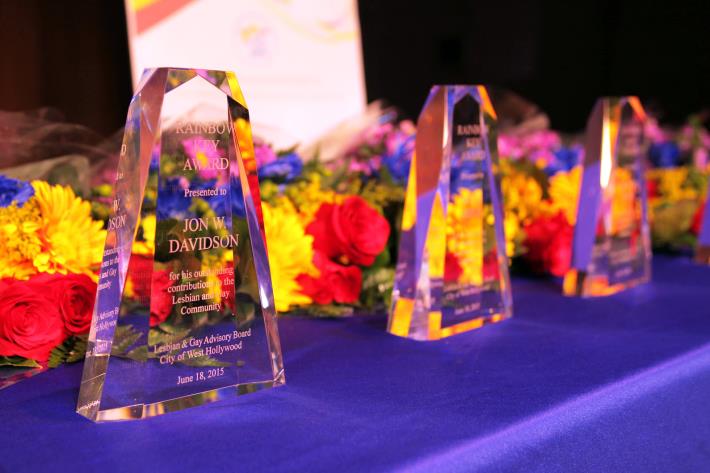 Nominations may be submitted electronically at: www.weho.org/RainbowKey. Nomination forms are due by Thursday, February 27, 2020 at 5 p.m. The awards presentations are scheduled to take place in May 2020.

Since 1993, the City of West Hollywood has presented Rainbow Key Awards to individuals and groups that have gone above and beyond in their service to the LGBT community. Contributions have come in many forms, including the arts, community service, humanitarian action, sports, medicine, armed services, leadership potential, benefit to the global gay and lesbian community, and more. Past honorees have included activists, artists, civic leaders, educators, community organizations, and many others.

Nominations will be reviewed by the City of West Hollywood’s Lesbian and Gay Advisory Board and recommendations for honorees will be referred to the West Hollywood City Council for final approval.

For those who prefer a hard copy of the form please contact Jeff Book, Staff Liaison to the City’s Lesbian and Gay Advisory Board, at (323) 848-6471.

Forms should be returned to:

For more information, please contact Jeff Book, Staff Liaison to the City of West Hollywood’s Lesbian and Gay Advisory Board, at (323) 848-6471 or at jbook@weho.org. For people who are Deaf or hard of hearing, please call TTY (323) 848-6496.  For up-to-date news and events, follow the City of West Hollywood on social media @WeHoCity and sign up for news updates at www.weho.org/email.
Return to full list >>