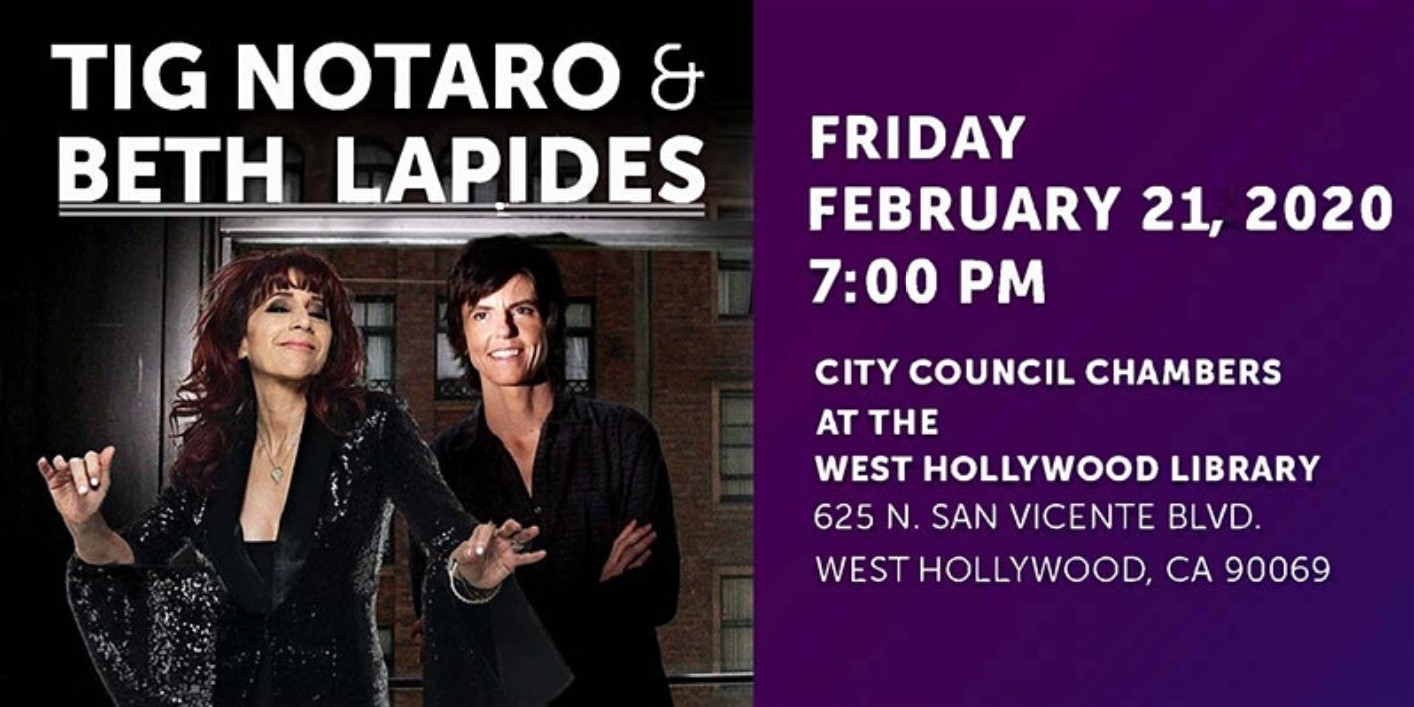 Lapides is the creator, host and producer of UnCabaret, a live show that has become widely acknowledged as the first alt-comedy show and a critical venue for the Los Angeles “alternative comedy” movement.

Mathilde “Tig” O’Callaghan Notaro is an American stand-up comic, writer, radio contributor, and actress. She is known for her deadpan comedy. Her acclaimed album Live, which was recorded at Largo in Los Angeles, has been described as “instantly legendary” and praised by a multitude of fellow comedians. It was also was nominated in 2014 for the Grammy Award for Best Comedy Album. The special Tig Notaro: Boyish Girl Interrupted was nominated in 2016 for an Outstanding Writing for a Variety Special Emmy Award. In 2017, the album Boyish Girl Interrupted earned a Grammy nomination for Best Comedy Album. She is the author of I’m Just a Person and she co-wrote, produced, and starred in the semi-autobiographical TV series One Mississippi.

The event will take place on Friday, February 21, 2020 at 7 p.m. at the City of West Hollywood’s Council Chambers/Public Meeting Room, located at 625 N. San Vicente Boulevard. The event is free, and seating is currently at capacity. Join the waitlist for this event at tigandbeth.eventbrite.com. Free parking is available at the adjacent five-story West Hollywood Park structure with validation at the event, limited to space availability.

For more information, please contact Corey Roskin at (323) 848-6510 or at croskin@weho.org. For people who are Deaf or hard of hearing, please call TTY (323) 848-6496. For up-to-date news and events, follow the City of West Hollywood on social media @WeHoCity and sign up for news updates at www.weho.org/email.
Return to full list >>