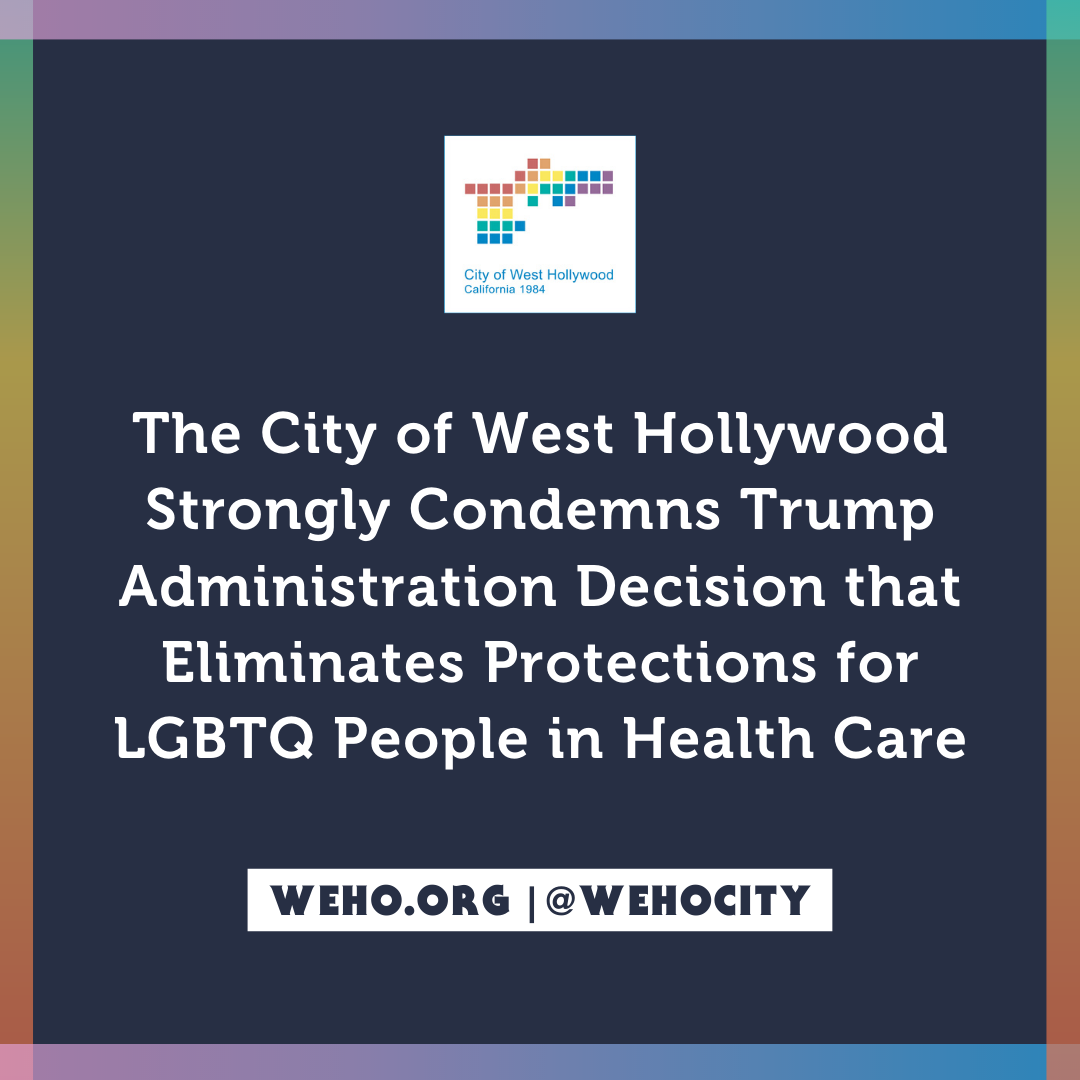 The City of West Hollywood condemns, in the strongest possible terms, the Trump Administration’s decision to amend Section 1557 of the Health Care Rights Law, a part of the Affordable Care Act (ACA) that, as had been written, offered protections to transgender people in healthcare settings.

A rule finalized today, Friday, June 12, 2020, by the Department of Health and Human Services, provides a new interpretation of the nondiscrimination provision of Section 1557 of the ACA, which essentially allows healthcare providers to discriminate based on gender identity. This decision will directly affect the very communities the law is meant to protect including women, older adults, people with disabilities, and the LGBTQ community. These populations already face high levels of discrimination by healthcare providers.

“Removing discrimination protections for LGBTQ people from health care law is dehumanizing and it speaks to the Trump Administration’s continued attacks on so many people, including lesbian, gay, bisexual, and transgender people,” said City of West Hollywood Mayor Lindsey P. Horvath. “Adding to the cruelty is that, in the midst of the coronavirus pandemic, this Administration has been attacking people who have been gathering in historic marches to demand an end to racial violence, injustice, and discrimination. This rule was finalized, as well, on the anniversary of the Pulse massacre as LGBTQ people across the world mourn the loss of 49 people were who were murdered at a gay nightclub in Orlando in 2016. The lack of basic empathy and human decency from the Trump Administration is incomprehensible. It runs counter to the City of West Hollywood’s core values of Respect and Support for People. The City of West Hollywood pledges to fight this unspeakable discrimination.”

The Trump Administration has consistently aimed to target and roll back political advances that were made by transgender people under the Obama Administration. The Human Rights Campaign announced immediate plans on Friday, June 12, 2020, to sue the Trump Administration for exceeding its legal authority and for attempting to remove basic health care protections from vulnerable communities including LGBTQ people.