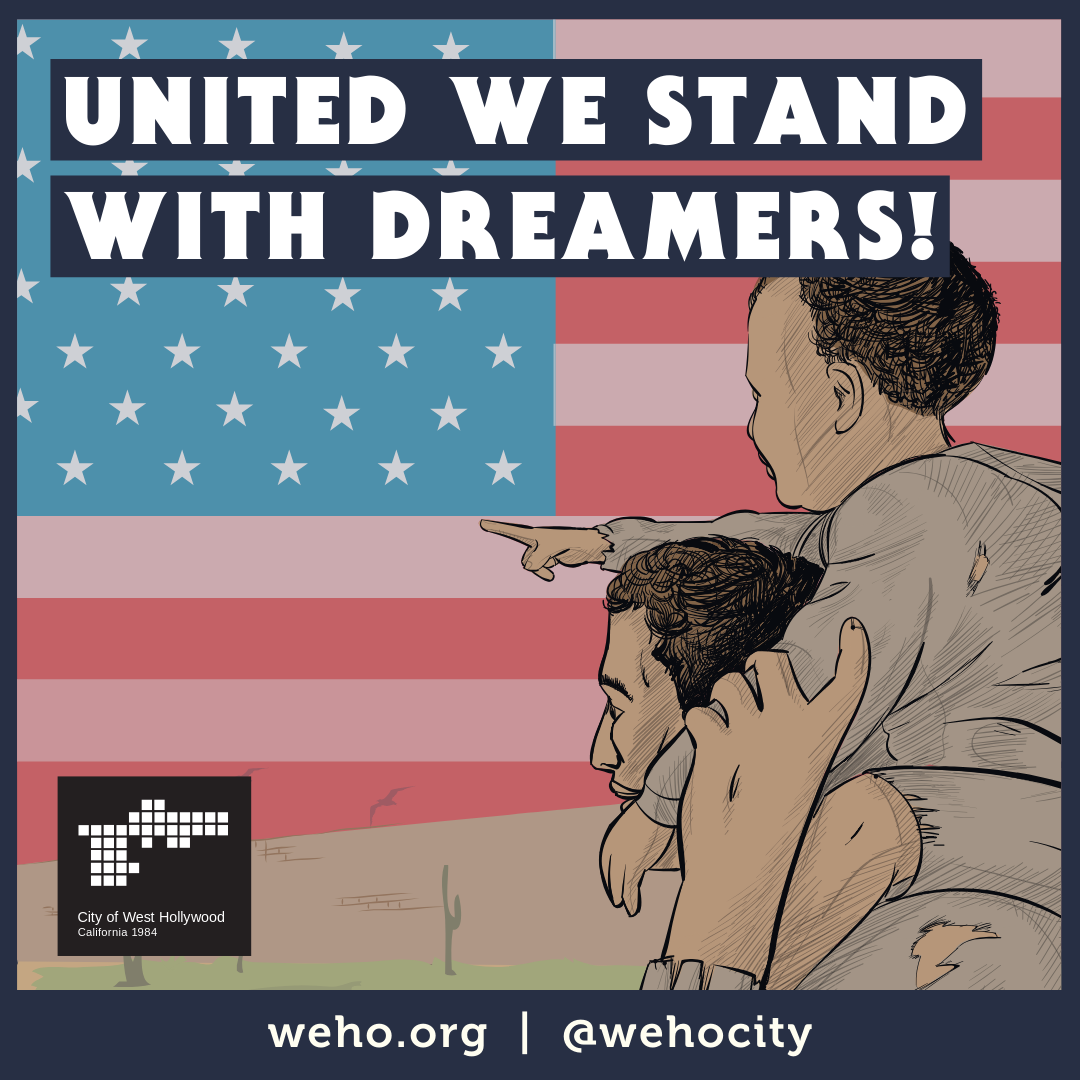 The City of West Hollywood applauds the United States Supreme Court ruling today that blocks the Trump Administration’s attempt to end the Deferred Action for Childhood Arrivals (DACA) program, which has safeguarded and benefitted as many as 800,000 young undocumented immigrants who were brought to the United States as children. The Trump Administration is not barred from attempting to rescind DACA in the future.

The City of West Hollywood was a proud participant in the amicus brief in this case along with 104 other cities, counties, and other municipalities, as well as the National League of Cities, the US Conference of Mayors, the International Municipal Lawyers Association, and the International City/County Management Association.

The Supreme Court ruling was 5-to-4 in the case, Department of Homeland Security v. Regents of the University of California, with Chief Justice John G. Roberts, Jr. writing the majority opinion. He was joined by Justices Ruth Bader Ginsburg, Stephen G. Breyer, Sonia Sotomayor, and Elena Kagan. The Supreme Court ruled that the Department of Homeland Security (DHS) failed to consider two separate but important issues in acting to rescind DACA: The first was whether to retain forbearance from removal (separate and apart from the work authorization and any other “benefits” that came with the program) and the second, which is what the City of West Hollywood’s amicus brief focused upon, was the reliance interests of DACA-recipients and non-recipients alike, including cities and counties, and what if anything to do about the resulting hardships that rescission would create.

“The DACA program is an important part of the far-too-long journey to comprehensive immigration reform,” said City of West Hollywood Mayor Lindsey P. Horvath. “Today’s ruling is extremely encouraging. There are hundreds of thousands of young immigrants who have lived in the United States since they were children and America is the only home they know. Denying hardworking people the right to stay in the United States would break families apart and it would destroy our communities. The Trump Administration may yet attempt to rescind DACA, so now, more than ever, it’s vital that we register to vote; complete the United States Census so we are ensured adequate representation; and get out the vote in the November election for those who will continue to work toward positive and humane immigration policies.”