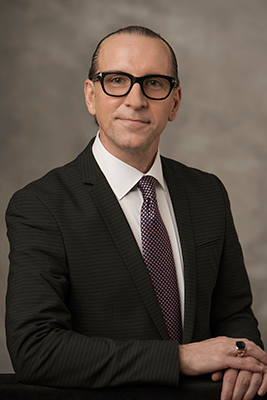 Christof Schroeder is the City of West Hollywood’s Director of Administrative Services. Christof began his career with West Hollywood more than 19 years ago. He served in various roles in the organization and in 2000 he became the City’s Legal Services & Legislative Affairs Manager. In 2015, Christof was appointed to Director of Administrative Services.

As Director of Administrative Services, Christof oversees three Divisions: 1) Legal Services; 2) Human Resources; and 3) City Clerk.  Christof is responsible for providing leadership, executive direction, and oversight of the City’s internal operations and services; making sure that City government responds in a timely and effective manner to the needs of the community; and that City staff work collaboratively and creatively to address the issues and concerns of our constituency.

Christof received a Bachelor of Arts Degree in Political Science from Willamette University and a Juris Doctor degree from Seattle University School of Law.  Prior to working for West Hollywood, Christof worked as a contract associate litigator at Brown & Bain (now Perkins Coie) in Phoenix and Gordon & Rees in San Francisco.