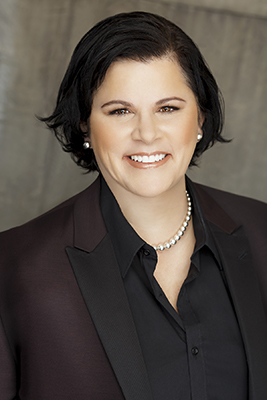 Lisa Marie Belsanti leads the City of West Hollywood’s Communications Department. In her role as Director of Communications, she oversees the strategy and direction of the city’s communications and community engagement functions, which include public information; marketing; advertising, media relations; branding; crisis communications; social media, e-communications, and website; and special projects related to community outreach. She also runs WeHoTV, the city’s Public, Educational, and Government access television (PEG-TV) and its related cable franchise compliance with Spectrum Cable and AT&T. Lisa has worked at West Hollywood City Hall for more than 14 years.

In recognition of the changing media landscape and in response to new technologies becoming mainstream and an increasingly sophisticated marketing environment, in 2015, Lisa led the communications department as it launched its award-winning Communications and Community Engagement Strategic Plan. The Plan provides a comprehensive roadmap in order to provide West Hollywood City Hall staff members and members of the West Hollywood City Council wide-ranging tools to increase effectiveness in communicating with the public and engaging with the community. “Communicate. Engage. West Hollywood.” has garnered numerous awards for the City including: two prestigious awards from the American Planning Association (APA), both the Los Angeles and California Chapters (APA-LA and APA-CA) bestowed two of its top honors in APA’s Communication Initiative category; the City-County Communications and Marketing Association (3CMA) conferred two Savvy Awards in the categories of Communication or Marketing Plans, and Printed Publications/Other.

Lisa has spearheaded a variety of award-winning creative projects that reflect the unique history and identity of West Hollywood. She led the launch marketing efforts for the city’s PickUp, a free lively and colorful shuttle service. The dynamic brand of The PickUp was a key factor to its quick success; it garnered unprecedented media coverage and extensive reach on social media. The PickUp’s launch campaign was recognized with a 2014 PRSA-LA PRism Award of Excellence award as well as a 2014 CAPIO Award of Excellence. In response to community concerns about pedestrian safety, Lisa developed and produced a YouTube-based safety video aimed at encouraging drivers and pedestrians to pay more attention to crosswalks and to devote less time to digital distractions. The video, Alice in WeHoLand, has received nearly 1.8 million views to-date and was recognized with a 2015 PRSA-LA PRism Award of Excellence and Government Social Media’s first-place 2015 Golden Post Award. Lisa was chosen as an Emmy Award-winner during the 68th Annual Los Angeles Area Emmy Awards presentation in the category of Public Service Announcement (PSA) for the City’s Game of Thrones-themed drought PSA: Winter is Here! But the Drought is Far From Over. The drought PSA was featured on Wired.com where it was hailed as the “best drought PSA ever,” and it made the Editor’s Pick of the Week on AdAge.com.

Prior to joining the City of West Hollywood, Lisa was the Director of Communications and Development for CAPE (now Equality California), a nonprofit, nonpartisan, grassroots-based, statewide LGBT lobbying and advocacy group.

She received a B.A. from Columbia College Chicago in Film/Cinema/Video Studies/Communications.

Lisa is involved in numerous professional organizations, including the International City Managers Association (ICMA); the League of California Cities; the National Lesbian and Gay Journalists Association (NLJGA) and the Los Angeles Chapter of the Public Relations Society of America (PRSA-LA). Additionally, she serves as a Board member for the City-County Communications & Marketing Association (3CMA).

A resident of the City of West Hollywood, Lisa enjoys spending time with her wife, Becky, and their seven-year-old daughter, Norah.