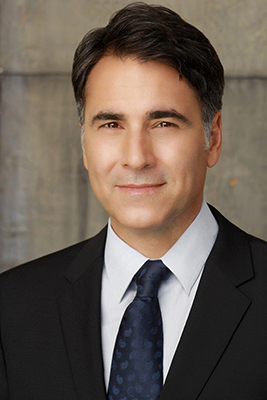 Paul has been with the City since 1990. Prior to becoming City Manager, he served as its Director of Finance. In this role, he implemented comprehensive fiscal management policies that have allowed the City to continuously receive top ratings from agencies such as Standard & Poor’s (S&P). In 2013 the City’s implied General Obligation bonds were re-affirmed by S&P at ‘AAA,’ which is the highest possible rating. While many cities across the United States continue to face the difficult aftermath of the economic downturn, the City of West Hollywood has been able to expand its services and remain financially stable.

Directly linked to the City’s Vision 2020 Strategic Plan, Paul has overseen the development and implementation of the City’s 25th Anniversary Capital Project, a large-scale capital initiative with three major components:

Paul spearheaded efforts for the West Hollywood General Plan update, which brings up to date the comprehensive long-term strategic policy document that balances the commercial, residential, and development needs of the community in West Hollywood. A visionary document and a road map for the future, the General Plan is a living document that reflects the wants and desires of the community in the areas of land use, housing, traffic, transportation, parks, open space, community services, and social services.

These two major objectives — the 25th Anniversary Capital Project and the General Plan update — are major steps in accomplishing the holistic community goals set forth in the Vision 2020 Plan.

Paul is passionate about leading the charge to bring fresh new ideas and the latest in technological advancement to the City. At West Hollywood City Hall, he mentors a staff-based interdepartmental working group, the Innovation Catalyst Group (ICG), which explores the development of innovative ideas. The aim is not just to adopt new technologies; instead, the focus is to find the best solutions available to address the needs of the community in West Hollywood. The ICG has launched initiatives such as a monthly TEDx lunch series for City Hall staff, and has laid the groundwork for an Open Data initiative.

Over the years Paul has been appointed to various commissions and task forces and he is currently active in: the Revenue and Tax Committee of the League of California Cities; the Alliance for Innovation; and the Rose Bowl Operating Company Board where he is assisting in overseeing the implementation of a major stadium renovation.

Paul holds an undergraduate degree from California State Polytechnic University, Pomona (Cal Poly Pomona) and has completed the Berkeley Executive Seminar (BES) for City Managers at the University of California, Berkeley’s Goldman School of Public Policy. He has also done graduate work at the School of Public Administration at California State University, Los Angeles. He is an avid runner and is an enthusiastic member of Team Weho, a group of City employees who participate in the AIDS Marathon program for AIDS Project Los Angeles (APLA).