Updated Timeline for the Census 2020

Due to the ongoing COVID-19 pandemic, the United States Census has extended the timeline for completing the Census questionnaire and other activities related to Census operations. The new timeline is detailed below.

The public is strongly encouraged to respond online. (Options for responding by phone or mail are also available.)

Census takers will drop off invitations at the front doors of 5 million households. These households can respond online now—even without their invitation—by providing their address.

Census takers will interview about 2,000 households in remote parts of northern Maine and southeast Alaska. They’re interviewing people outside their home, allowing 6 feet of space between one another.

The United States Constitution mandates that a complete population count be conducted every 10 years.

The City of West Hollywood plays an active role in mobilizing community members to take part in the census and educates local residents and stakeholders about the need to participate in the census and return the questionnaire.

The census is a large and logistically complex undertaking. It provides critical data that helps the City of West Hollywood run effectively and helps ensure that West Hollywood receives a fair share of federal funding and investments. In addition, the census count determines apportionment among the states for the U.S. House of Representatives.

The City of West Hollywood has consistently supported legislation that requires the Census Bureau to count every person living in the United States, independent of their immigration or citizenship status.

The Importance of a Complete Census Count

Census staff projects that certain West Hollywood census tracts may have a moderately low response rate. This is based on data from the 2010 Census and from regular surveys.

Federal funding to states, generally speaking, is determined based on population counts. Improper accounting of California’s population or “undercount” may lead to reduced allocation of resources in the years ahead.

The nonpartisan Legislative Analyst’s Office (LAO) of California has estimated that during the 1990 Census, California’s population was undercounted by 2.7 percent; this undercount likely resulted in California receiving at least $2 billion less in federal funds. There are, however, other impacts beyond reduced financial resources. According to the LAO, the 1990 Census’ undercount was severe enough that the State was shortchanged one Congressional seat (Legislative Analyst’s Office, 2018).

As a community of just 1.9 square miles, the City of West Hollywood is working to achieve a complete census count in Census 2020.

The City of West Hollywood’s Efforts for Census 2020

On April 15, 2019, the West Hollywood City Council approved the City’s participation in the 2020 Census and directed staff to work collaboratively with the U.S. Census and other organizations to ensure that every resident is counted. The direction from the City Council included the creation of a local Complete Count Committee (CCC).

Purpose of the CCC

The CCC will develop strategies to ensure that every resident of the City of West Hollywood is counted. This includes the development of strategies to reach every resident and community stakeholder including business owners, landlords, members of civic organizations, etc. 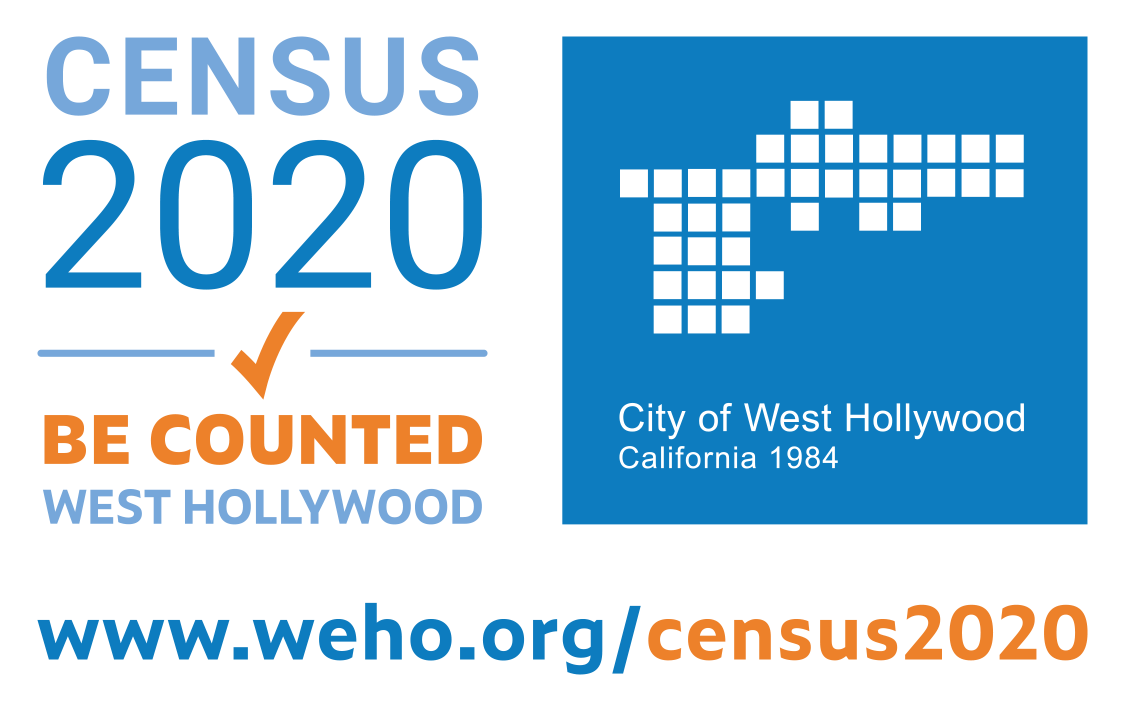 Get Involved! Become an Ambassador for the City’s Census 2020 Initiative

As an ambassador for the City’s Census 2020 initiative, community members will gain insight about questions that the Census will be asking citizens, the importance of participating in the Census, and the impact of the Census count on the allocation of federal resources and the apportionment of Congressional districts and seats in Congress. Anyone can become an ambassador. The basic requirements are: a willingness to get factual information about the Census, a desire to be part of a trusted messenger network and by extension, be willing to share information with contacts, friends and family members. As a partner of the City and ambassador of the City's initiative, you will receive curated messages that you would then be able to share on your social media networks.

For a brief orientation on what it means to be a campaign ambassador please click here.