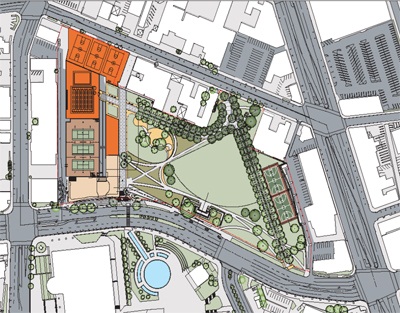 The West Hollywood Council recently approved moving forward with the West Hollywood Park Master Plan Phase II – Implementation Project. The Phase II project includes plans for additional park open space, development of a new recreation and community center with gymnasium and park support facilities, and children’s playground areas. A new aquatic facility, with both a lap pool and a recreational pool, is planned for the rooftop of the new gym. An AIDS Monument, to be located near the entrance to the West Hollywood Library, is also included in the new development plan.

The selection committee selected LPA, Inc. as the project architect to provide the requested services for completion of the West Hollywood Park Master Plan.