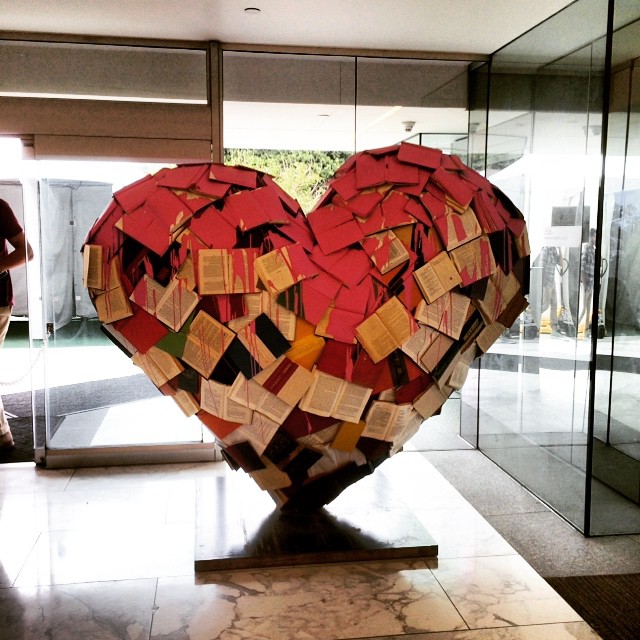 Courtesy of the artist, Mr. Brainwash, the City of West Hollywood's Arts Division presents Mr. Brainwash's Heart Sculpture, on extended loan from June 2015 - October 2029. Crafted out of several recycled books, wood, and covered in a gorgeous shade of bright pink, Mr. Brainwash's Heart Sculpture stands lovingly in its heart shape at 6 feet tall, 6 feet wide, and about 3 feet deep. It is a welcomed addition to the West Hollywood Public Library; a well-known home to book and art lovers. Don't worry, no library books were harmed in the making of this piece!

Mr. Brainwash is the moniker of filmmaker and Street Pop artist, Thierry Guetta. In addition to his signature, massive solo show experiences, mounted all around the world, Mr. Brainwash has worked with the top names in the music industry, including Madonna and Michael Jackson. Mr. Brainwash, the subject of Banksy’s Academy Award nominated documentary,  Exit Through The Gift Shop, is constantly in-step with the pop culture pulse: From creating an Olympic-sized art show in London in 2012, to designing the “Rock the Vote” campaign, to yearly residencies at Art Basel, Mr. Brainwash remains a cultural phenomenon.  For more info on Mr. Brainwash visit www.mrbrainwash.com.

For questions about this project, please contact Mike Che, Arts Coordinator, at mche@weho.org. 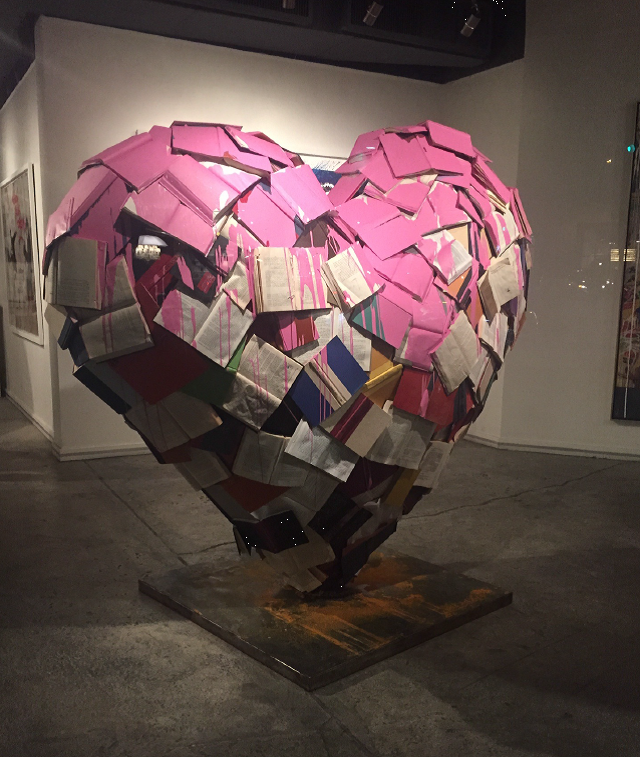