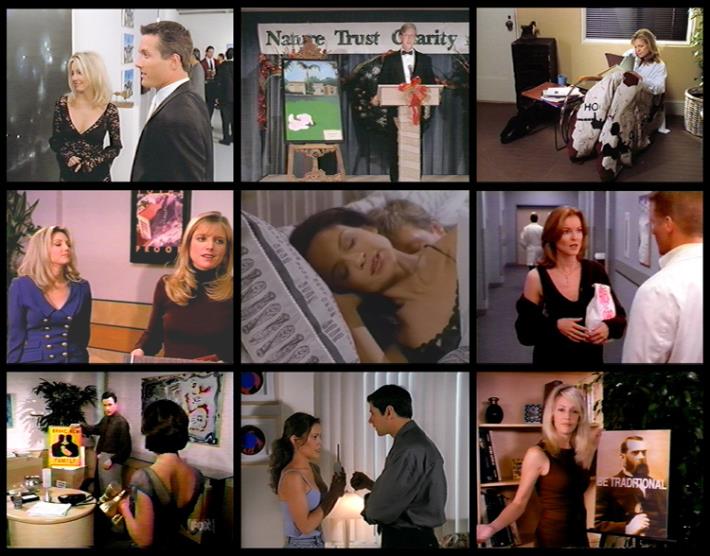 Curators Francesca Bertolotti-Bailey and Lauren Mackler present a screening of In the Name of the Place and panel discussion with some of the founding members of The GALA Committee as the final installation of the project Public Fiction’s The Contentious Objector. The GALA Committee staged a covert conceptual art-project from 1995-1997 by placing artworks as props on the set of the wildly popular primetime soap opera: Melrose Place.

Flying under the censor’s radar, aware of the power of images and their placement, the group made scores of props that appeared on the sets, reflecting and critiquing social norms. The interventions were placements of additional levels of content, rather than commercial products, seeking to expand the highly controlled boundaries of sponsored primetime television.

Unrolled condoms (an image still forbidden by the FCC) appeared on a set of sheets in the bedroom of a particularly promiscuous character. In another scene, mimicking the popular Absolut Vodka advertising of the time, GALA’s ad featured a liquor-bottle shaped impact crater as damage to the Alfred P. Murrah Federal Building, site of the 1995 Oklahoma City Bombing, a domestic terrorist attack that killed 168 people. The work raised questions about alcohol abuse, homegrown terrorism, and the dangers of persuasive corporate advertising.

After the GALA Committee worked for three years with Melrose Place (unpaid by Spelling Entertainment and independently funded by MOCA, Grand Arts, The Rockefeller Foundation and sustained by CalArts and UGA), the artworks were finally exhibited in the Uncommon Sense exhibition at MOCA, the commissioning institution. The exhibition itself was featured and named on Season 5, Episode 28 of Melrose Place, breaking down the fourth wall that demands the separation between fantasy and reality. After the MOCA show, the works were auctioned at Sotheby’s, Los Angeles, in a sale titled Primetime Contemporary Art: Art by the GALA Committee as Seen on Melrose Place, an auction organized by the GALA Committee, resolving the project’s narrative arc. All money raised was donated to two women’s education charities in California and Georgia that supported women aged 18-49, the same target audience as Melrose Place. The works can still be seen in the reruns of Melrose Place through international syndication, something the GALA Committee forecasted as the viral capacity of mass media. 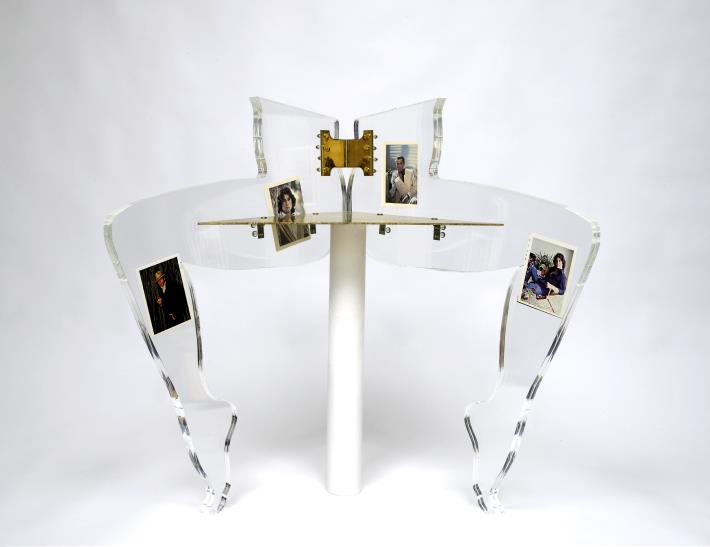 Walk-through with the curators: February 3, 5pm and February 4, 3pm

February 8: Mohamed Bourouissa in conversation with Negar Azimi at the Schindler House

March 22: Rosalind Nashashibi in conversation with Mathias Poledna at the Schindler House

April 5: Anthea Hamilton in conversation with Todd Gray at the Schindler House

April 15 (rescheduled for May 19): Screening of In the Name of the Place by Mel Chin and the GALA Committee at the City of West Hollywood Council Chambers (625 N San Vicente Boulevard)

Public Fiction’s The Conscientious Objector is a multifaceted endeavor that unfurls in parts from February to April 2018. It comprises a publication, a series of artist-made commercials for television, an exhibition of artworks activated by performances, and public programs.

Set in West Hollywood, The Conscientious Objector considers how art and culture can establish acts of resilience through 'non-participation' and elliptical routes, in contrast to more blatantly socio-political forms of resistance, as well as the ways in which they might use the tropes and platforms of entertainment, advertising and mass culture to reach its audiences. That is, without making any assumptions about who these audiences are.

The overall project is an exploration of different modes or degrees of 'public address' – most obviously through a live confrontation with actors in the exhibition, at a step removed via TV commercials, more obliquely via individual artworks, and in the longer term through the publication.

The exhibition at the MAK Center for Art and Architecture, Schindler House, presents new and existing works by Sam Gilliam, Anthea Hamilton, Lucy McKenzie, Dianna Molzan, and Suki Seokyeong Kang, plus a new durational performance delivered by professional actors and directed by Todd Gray. Each artist inhabits a different room of the Schindler House, which is progressively activated by a performance that employs the publication as script and prop.

A series of newly commissioned TV commercials by artists Mohamed Bourouissa, Rosalind Nashashibi, Mathias Poledna, and Martine Syms follows a rich lineage of art and activism works produced for public access television, these commercials are aired on WeHoTV, the City of West Hollywood’s television, as well as in museums, art institutions, cinemas, and online platforms.

Public Fiction: Founded in 2010, Public Fiction is a project space and a journal based in Los Angeles. Its program presents a series of exhibitions on a theme, each theme lasting three months and culminating into a journal. Related talks, screenings, secret restaurants, and performances are held within the installations and around the topic at hand. Public Fiction’s program is intergenerational, interdisciplinary and treats the exhibition as a medium in itself. Public Fiction is currently nomadic, hosted by larger institutions, and in this mode has staged exhibitions at The Museum of Contemporary Art, Los Angeles; The Hammer Museum, Los Angeles; Artissima LIDO, Turin; and Frieze Projects, New York, amongst others.