West Hollywood's City Poet Laureate highlights the City of West Hollywood through the literary arts and, over a period of time, creates a new body of literary work that commemorates the diversity and vibrancy of the City. He serves as an official ambassador of West Hollywood’s vibrant literary culture, promoting poetry in West Hollywood, stimulating the transformative impact of poetry in the local community, and creating excitement about the written word.

Charles Flowers has lived in West Hollywood since 2010. He graduated Phi Beta Kappa from Vanderbilt University, where he took his first poetry workshop with Mark Jarman and won the Academy of American Poets College Prize. He later worked with Garrett Hongo to receive his MFA in Poetry from the University of Oregon. His poems have appeared in Puerto Del Sol, Barrow Street, Indiana Review, and Assaracus.  He was the founder and editor of BLOOM, a journal for LGBT poetry, prose, and art, which Edmund White called “the most exciting new queer literary publication to emerge in years.” Over the course of ten issues, BLOOM published such poets as Adrienne Rich, Reginald Shepherd, Eileen Myles, Rafael Campo, Minnie Bruce Pratt, and Mark Doty, and over 150 other poets. Charles has served as Associate Director of the Academy of American Poets, Executive Director of the Lambda Literary Foundation, Deputy Development Director at the ACLU of Southern California, and most recently as Deputy Director of Arts for LA, the regional arts advocacy organization. Charles resides in West Hollywood with his husband Konstantine and two literary dogs, Mr. Darcy and Ariel. 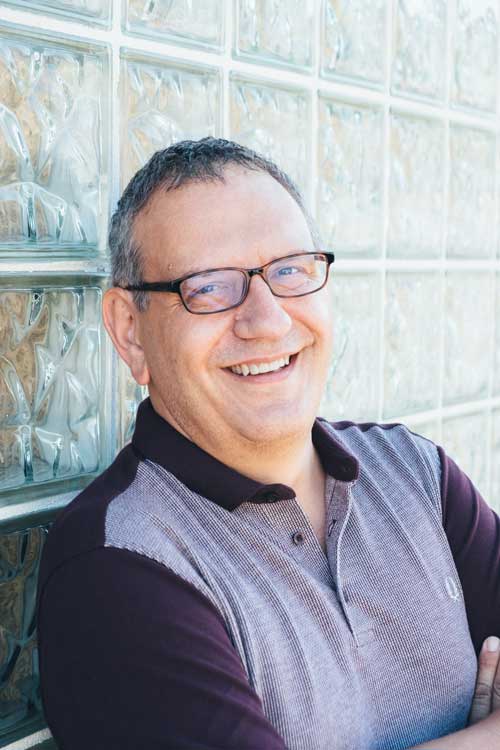 A language that is adopted as a common language

between speakers whose native languages are different (Oxford).

35 years ago, an unlikely alliance of seniors,

With a dream of unity, our city was born.

Before maps were drawn, before policies

or lawsuits for marriage, the language

of equality & freedom joined us.

More than half of Los Angeles County residents

speak a language other than English at home.

Among the more frequently spoken

are English, Spanish, and Russian:

the troika that adorns our city signs.

The keystones of our lingua franca:

built of Love & shaped by Dolor, created in Libertad & гордость.

Both teach us there is no grief without love,

or love without grief, no city without pride,

no pride without a place to be free & shine.

It’s late May & jacaranda petals cover Kings Road,
small purple blossoms across the asphalt & sidewalks,
each car’s shine blotted & stained. Yet their beauty
cannot be denied. On my first encounter with their
purple light, I felt I had fallen into the land of Dr. Seuss,
where bright trees & a talking cat can teach a boy a lesson.
Imagine myself in a forest of purple [I wish . . .]
where melancholy Sondheim sings to me [I wish . . .
more than anything] & I am back in Tennessee,
finding my mother alone on our screened porch,
listening to the summer night and the heart’s litany:
to be single, to be married, to have a child.
My heart was just beginning to dream its own tale,
a prince to rescue me from a Baptist dragon [I wish . . .].
Today, a purple tree & a plangent showtune
remind me how the heart endures, its chorus of desire
never abandons me, season after season.