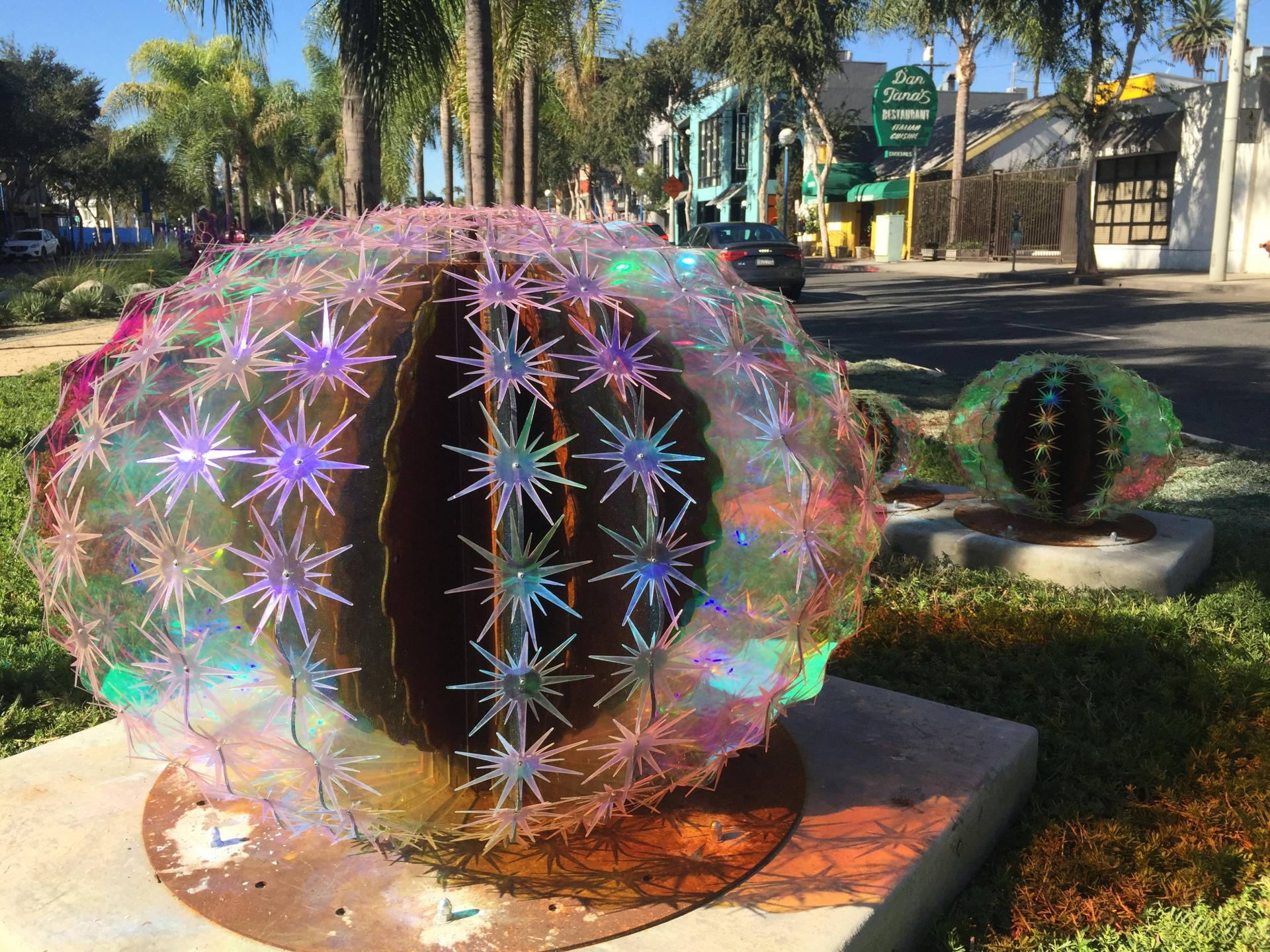 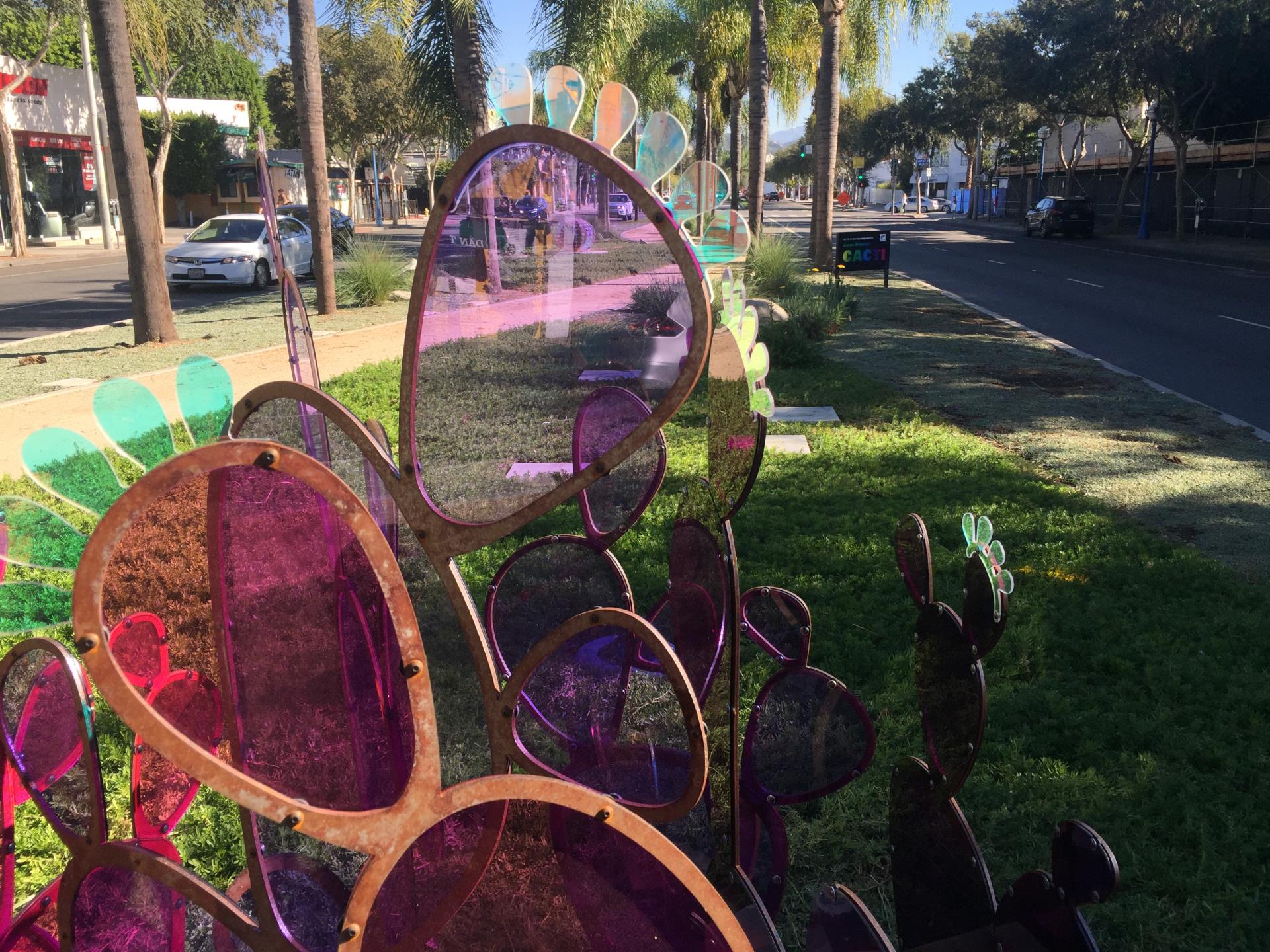 The public art sculpture installation cacti by artist James Petersen uses the cactus as inspiration and reinterprets the form for both day and night. The artist mimics and honors these resilient, native Californian models of self-sustainability, taking visual cues from the Barrel, Yucca, Agave, Nopales, Organ Pipe and Saguaro Cacti. During the day, transparent materials that include dichroic film and tinted resin will combine with sunlight to create twinkling reflective treasures.

About the artist: James Peterson gauges the success of his work by its interactivity and responsiveness of the people who experience it. Peterson is a Michigan native with a BFA from Kendall College of Art & Design. He has always been curious about the relationship between organic matter and man-made objects. A fearless explorer of new materials and experimental processes, Peterson has fully embraced computer-aided fabrication, a tool that has expanded, informed and reinvigorated his practice. His work has been featured at the Pacific Design Center in West Hollywood; at Burning Man; at the Coachella Valley Art & Music Festival; at Art Basel both in Switzerland and Miami; at Kunst Raum in Switzerland, and many other public art installations around the world. In addition to his own design and fabrication company, Art & Contraptions, Peterson is an educator at SCI-ARC (Southern California School of Architecture) specializing in materials and applications. Peterson lives and works in Los Angeles, California.