Heroes and History of the LGBTQ Civil Rights Movement

The ONE Archives Foundation, Inc. is the leading provider of innovative, high quality traveling exhibitions that educate and engage the general public about significant events and individuals in LGBTQ history. This exhibition features hundreds of rare images and many never before seen documents from ONE’s renowned collection along with informative text that enrich and deepen the general public’s knowledge of LGBTQ history.

This exhibit explores the inspiring journey of the LGBTQ Civil Rights movement from World War II to present day through a presentation and LGBTQ pioneers that have made significant contributions to the movement’s history. Explore the beginning of “gayborhoods” in the 1940’s, the Lavender Scare in the 1950’s, the Stonewall Riots and the beginning of organized protests in the 1960’s, the beginning of Pride and a cohesive national movement in the 1970’s, the AIDS crisis of the 1980’s, the beginning of gay marriage in the 1990’s and the explosion of rights in the 2000’s. Learn about important LGBTQ organizations, activists, groups, and events that have defined this movement as one of the most important civil rights advancements of the last century. Learn about Christine Jorgensen, one of the first to undergo gender reassignment surgery, Frank Kameny, who co-founded the Mattachine Society and helped organize some of the first public gay and lesbian protests in 1965, Del Martin and Phyllis Lyon who co-founded the Daughters of Bilitis, the first lesbian organization in the U.S, Elaine Noble, the first openly LGBTQ person elected to state office, Larry Kramer, who co-founded one of the first organizations to confront the epidemic, Gay Men’s Health Crisis, and Bayard Rustin, one of the most important and influential civil rights activists of the 20th century who worked alongside Martin Luther King.

Additional photos from the exhibition can be found here: Heroes and History of the LGBTQ Civil Rights Movement

This exhibit is displayed as part of the City's One City One Pride LGBTQ Arts Festival (www.weho.org/pride). 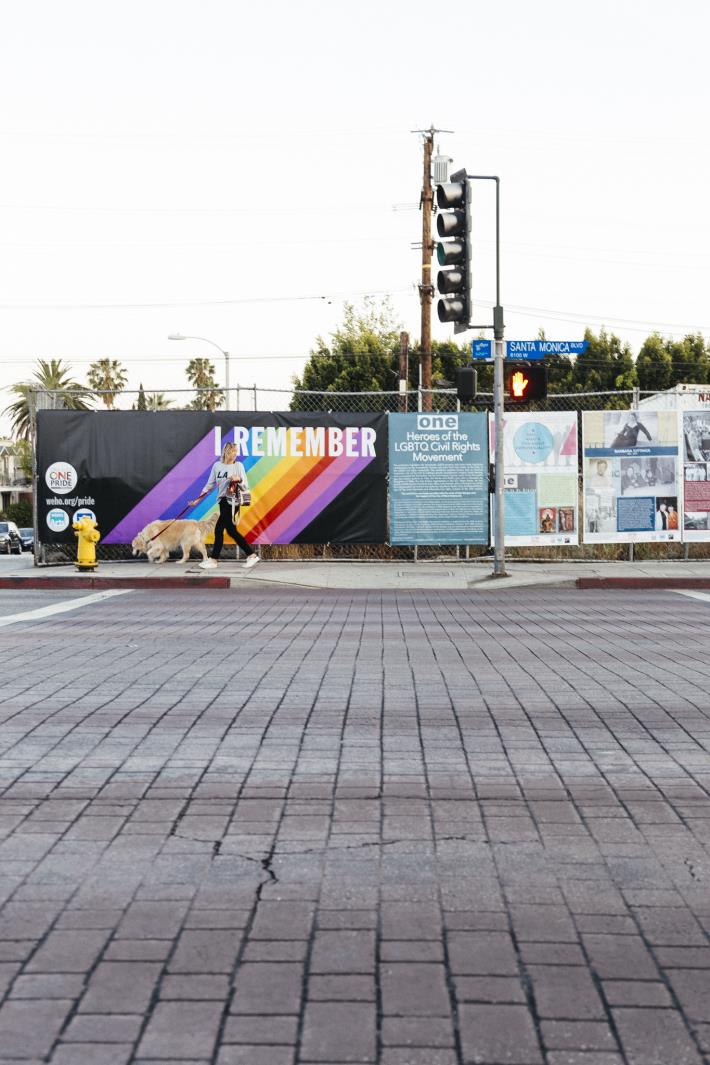 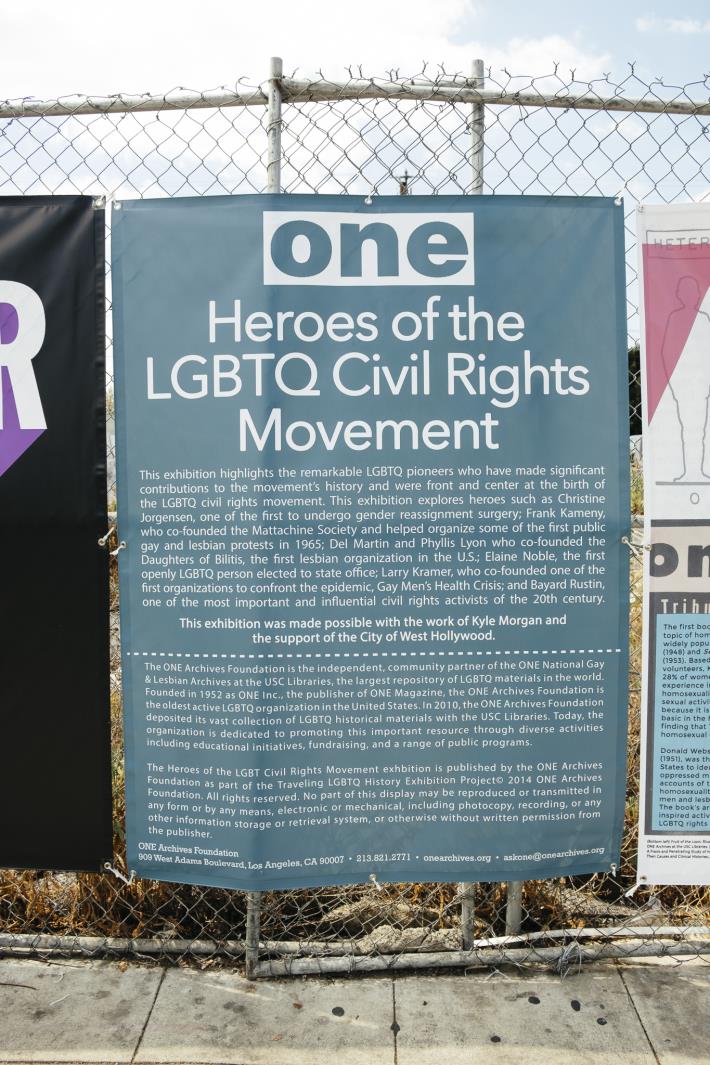 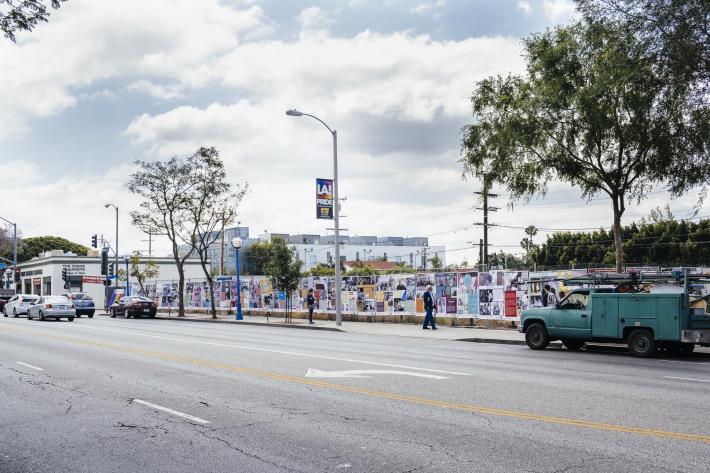 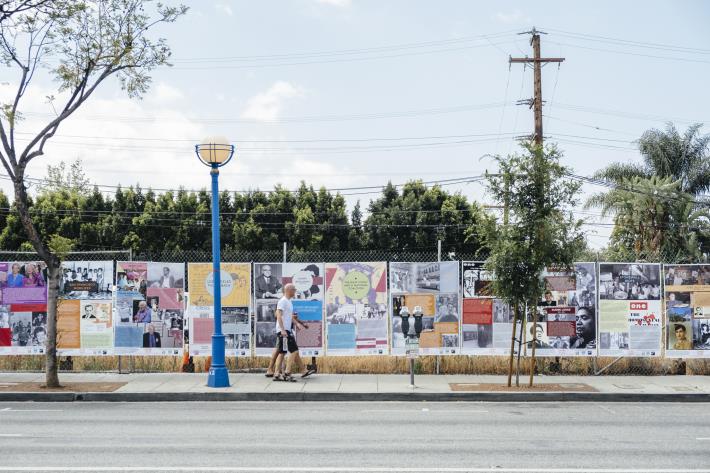 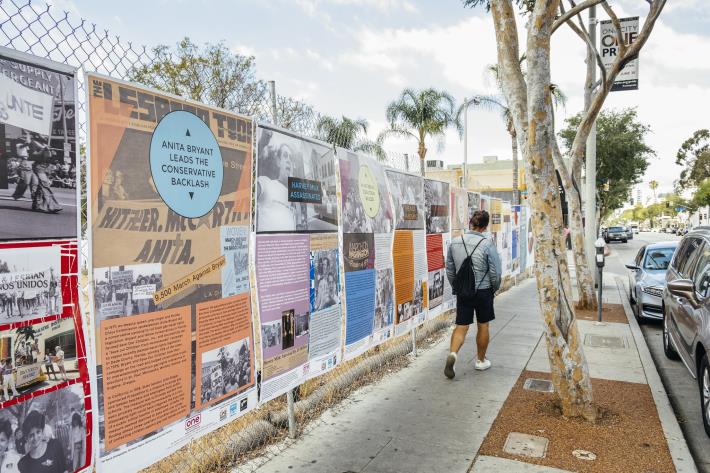 For questions on this exhibit/One City One Pride, please contact Mike Che, Arts Coordinator at mche@weho.org.

For questions on Public Art, contact Rebecca Ehemann, Public Art Coordinator at (323) 848-6846 or rehemann@weho.org. For people who are deaf or hard of hearing, please call, TTY: (323) 848-6496. To learn more information about the City of West Hollywood and its arts programs visit www.weho.org/arts.