The artworks in this exhibition, WeHo in Paso, explore life in the City of West Hollywood through the unique and personal lens of twelve artists who live there. Presented in partnership with Studios on the Park (1130 Pine Street, Paso Robles), the collection of art works includes includes animations, archival digital prints, original paintings, pen and ink drawings, and photographs made by artists who live in West Hollywood, CA. The exhibition addresses Space, Support and Visibility, three of the principles in the WeHo Arts: The Plan, a community based cultural plan. 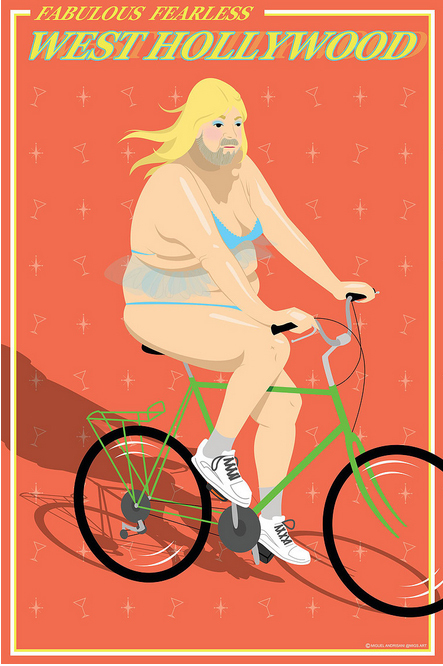 Miguel Andrisani was born in Pasadena, California and spent most of this youth in Rosario, Argentina where his love for art flourished. Currently Miguel resides in West Hollywood and was recently commissioned by the City of West Hollywood to produce his first public art work, located in the City Hall Community Plaza and titled I See You WeHo. He spends most of his days in the studio drawing freehand, digitally or with a makeup brush. Miguel is a professional, union makeup artist for television, film and print. His passion has taken him all over the world doing makeup, and of course drawing from his experiences along the way. As a true artist, he pulls from this life experiences to create magic! Photography is the primary means Tony Coelho uses to express himself as an artist and to interpret the world around him. Coelho grew up in a suburb of Los Angeles and made his move to West Hollywood in his mid-twenties. West Hollywood and the greater Los Angeles area is a hub to a vibrant queer community where he constantly finds inspiration. Coelho defines himself as a queer artist and states "Being queer to me means defying what’s normal, especially in terms of gender norms, and being able to freely express oneself. I feel that it is important that the images I capture evoke the ideals of queer culture and create a sense of excitement and appreciation for the LGBTQ culture." The artist's recent work has explored his own body. The images bring attention to his imperfections and insecurities; parts of his self that he wouldn’t normally want to reveal. By shedding light on these features, Coelho's goal is to find beauty in them. He questions what it really means to be beautiful, sexy, and perfect, especially in a society that has rigid views on what constitutes beauty. 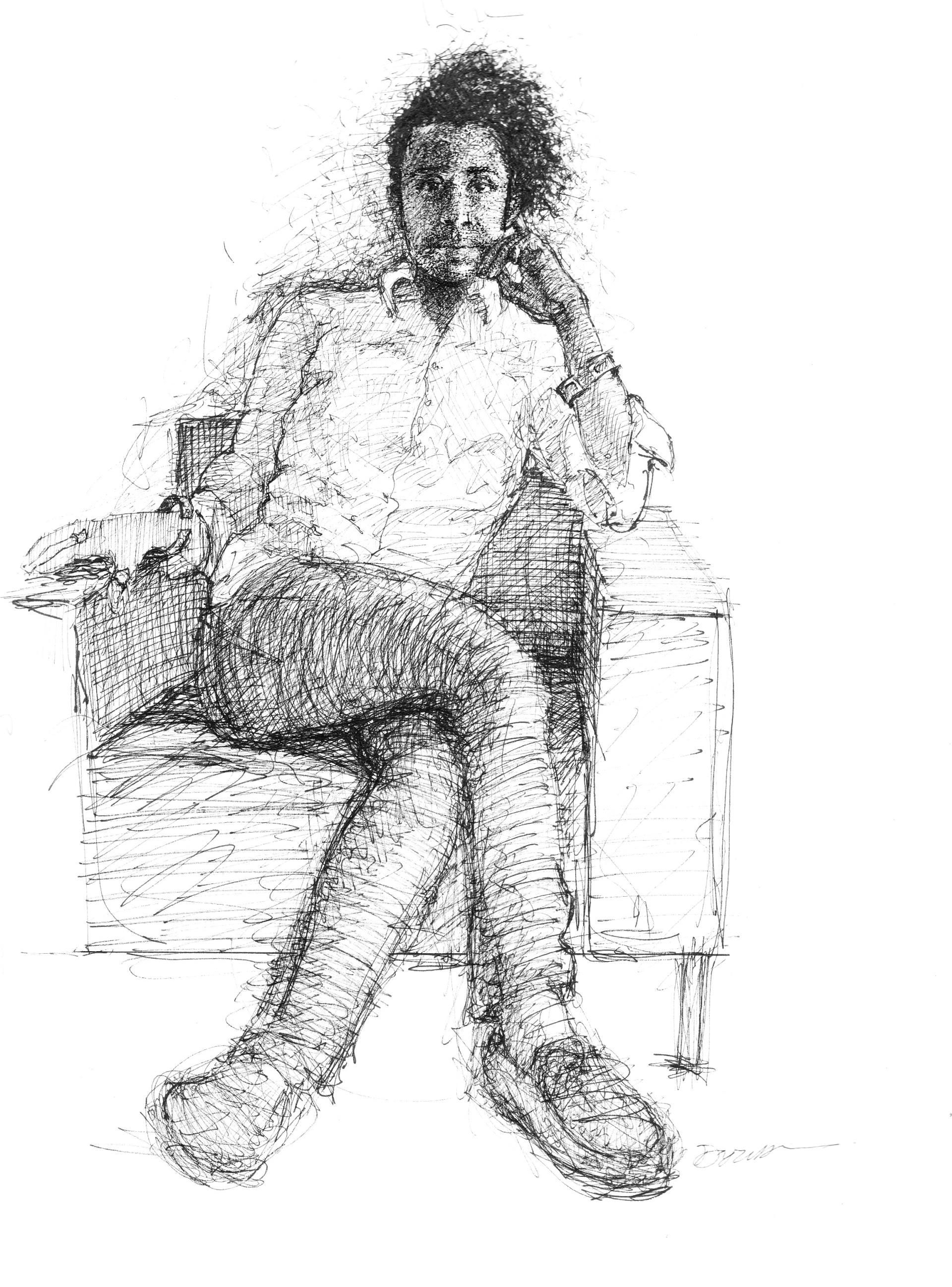 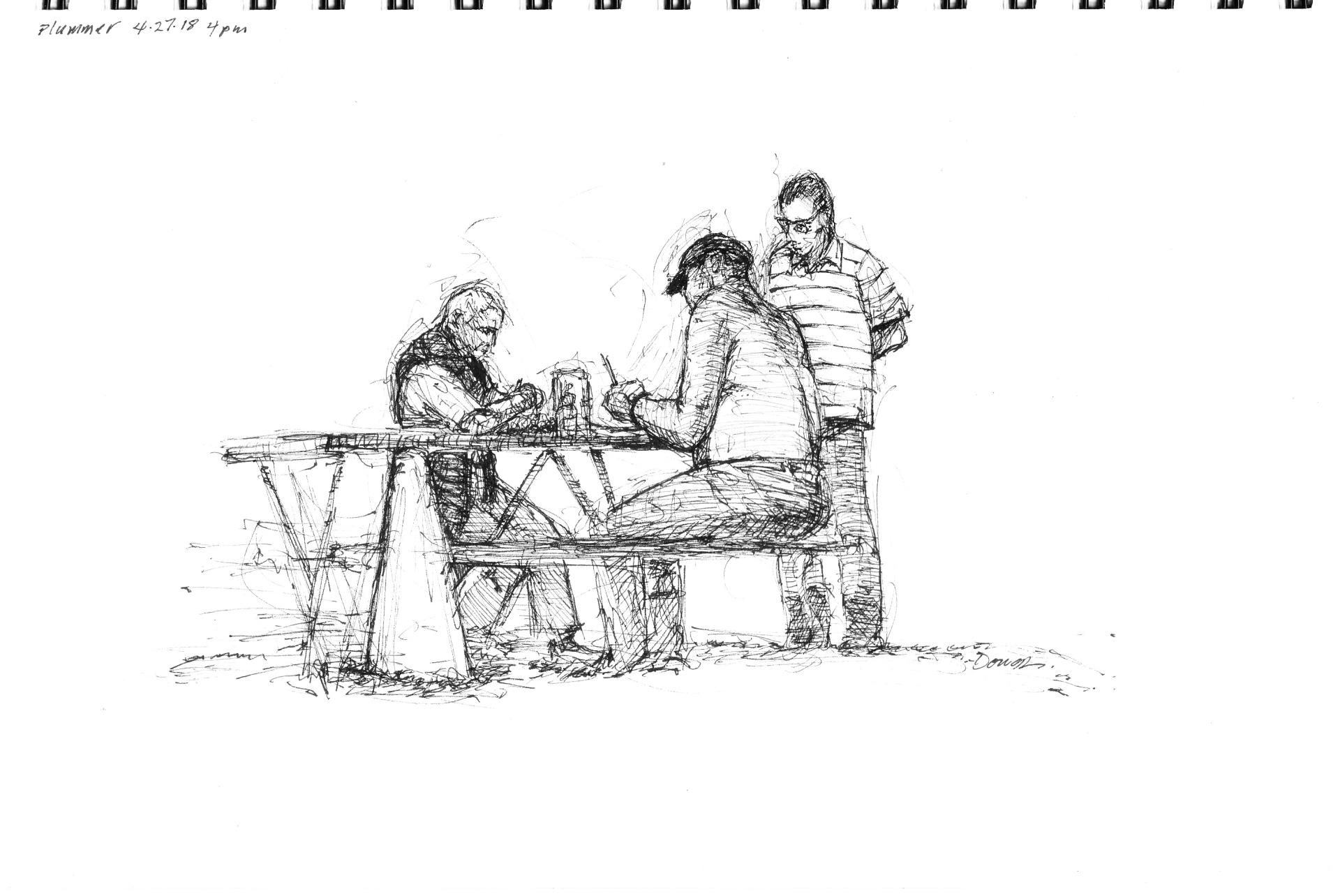 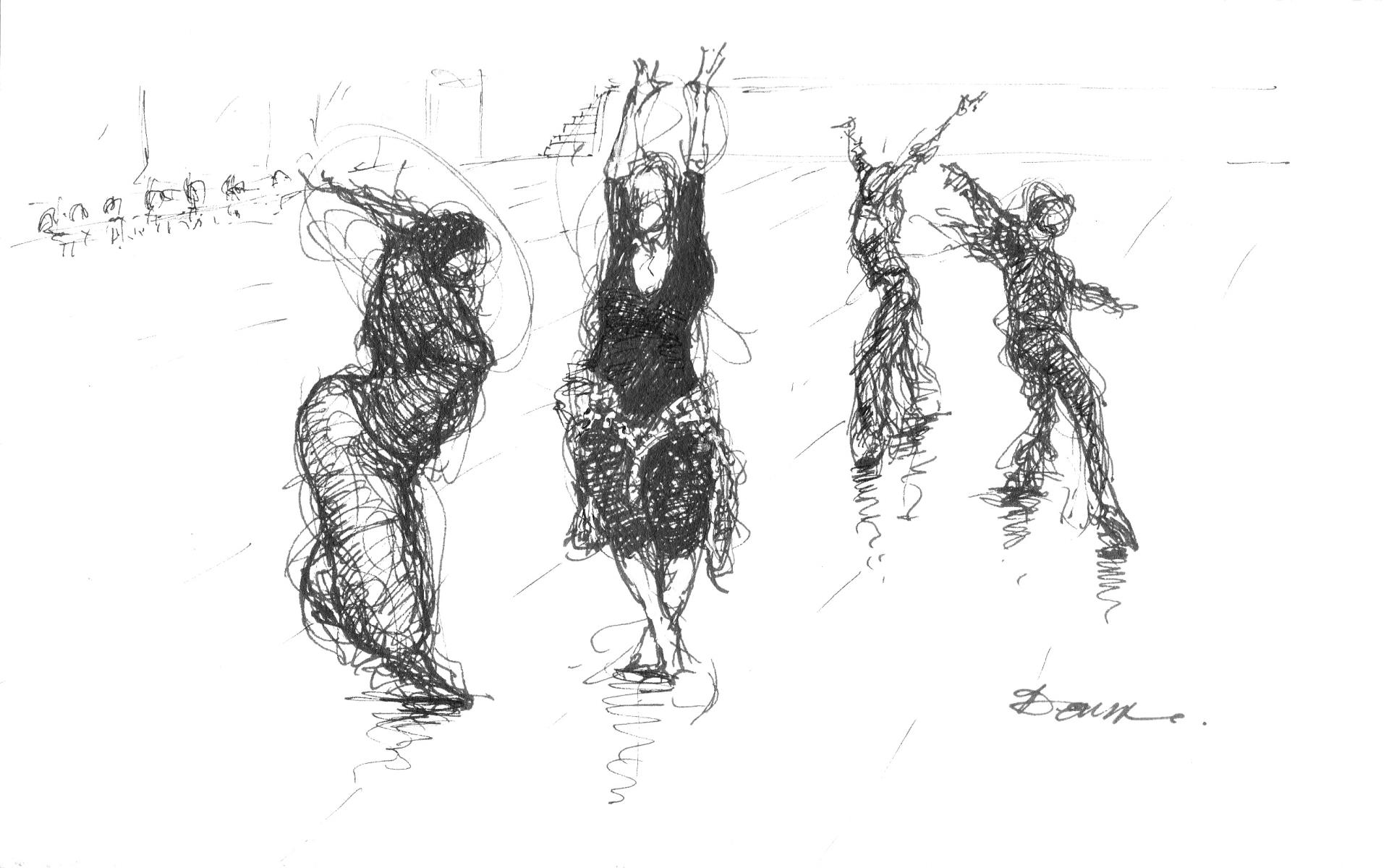 Thom Dower is a West Hollywood artist and musician whose illustrations have appeared in dozens of books and magazines, including the L.A. Times, the U of Iowa Writer’s Workshop, record albums and multimedia graphics. He is a Teaching Artist at the Los Angeles County Museum of Art, where he instructs in both Drawing and Painting. Starting from his earliest work as a courtroom artist, he often portrays the human figure in motion, creating composite images from a combination of real-time sketching and memory.

Martin Gantman is a Los Angeles based artist and writer who has exhibited internationally in such venues as AC Direct Gallery and the Alternative Museum, New York; A.R.C. Gallery, Chicago; Kristi Engle Gallery, HAUS, POST, in Los Angeles; Werkstadt Berlin, Galerie Merkel, Whylen, Germany; Artetica, Rome and Viareggio, Italy; and La Coruna, Spain. His published work includes a recent book about his art work, “Black Box: Decoding the Art Work of Martin Gantman, as well as “See you when we get home.” a project for Art Journal magazine. Other published writings include: “The Irresolute Potential in the Unimagined Possibility,” “Swingin’ in the Slammer,” “The Word Was Charm,” “DuSable Park: An archeology,” "Notes on the Oddness of Things," and "Mapping the Lost Idea." His project, “The Odalisque Suite,” was presented at the College Art Association annual conference in New York in 2000.

“As a boy, I used to speak to the wind. Apollo, Hyacinth, and Zephyrus is a celebration of the Wind, and was inspired by LGBT-themed myths and my passion for story. What inspires me most in the Hyacinth myth, is the tragic loss that Zephyrus brings upon himself. In the myth I recognized a part of myself and it’s that recognition I want to inspire in you.” K. Ryan Henisey works as a creative professional in Los Angeles. He is an emeritus leader for Emerging Art Leaders, Los Angeles, member of TAG (The Artist Gallery), and the Los Angeles Art Association. A native of California, the artist has been recognized with an Award of Excellence in Fine Art from the California State Fair. His artwork references his own figure with patterns, hand-cut paper, atlas pages, and painted scenes from Los Angeles County. 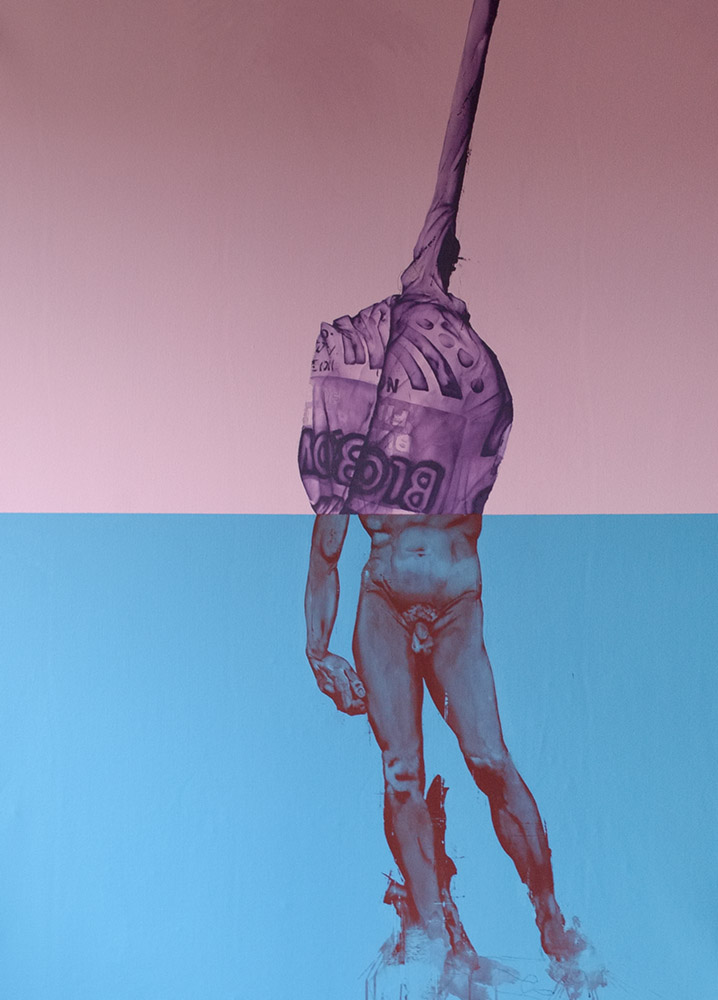 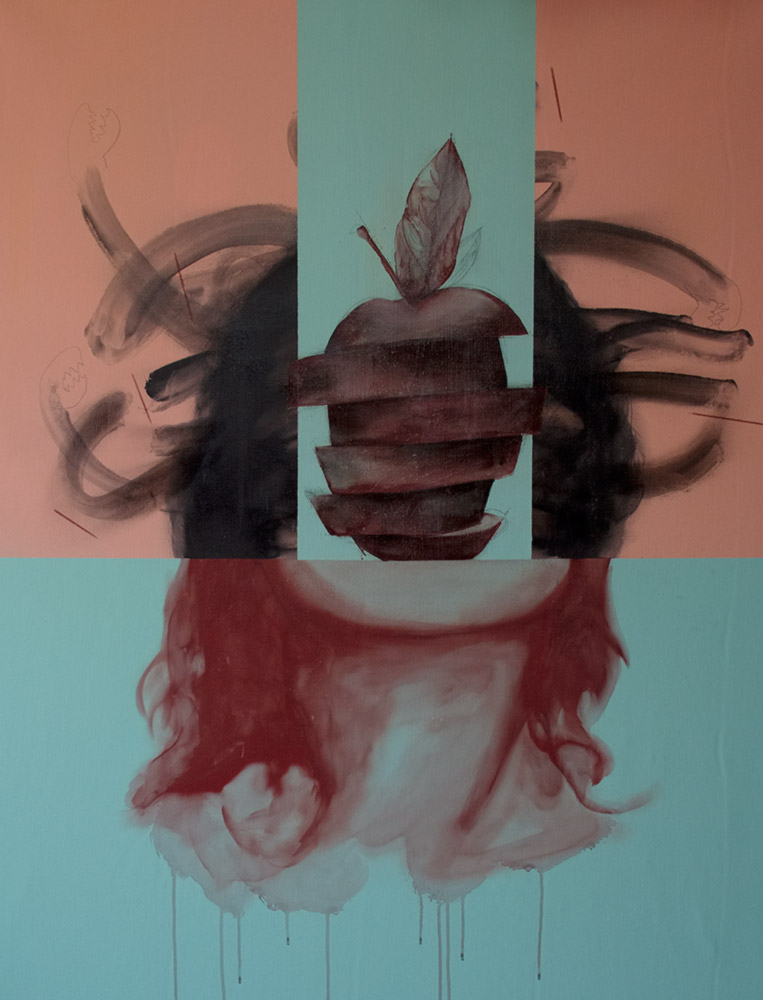 Originally from South Bronx, MONCHO1929’s work has been featured in various solo and group exhibitions all over the United States and the world, such as the Perez Art Museum in Miami and Gallery Ann in Seoul, Korea. His art work can be found in multiple private, city, and corporate collections including the LA Clippers, French Consulate of the US, Coffee Bean & Tea Leaf Co., and public art collections of Glendale, Los Angeles, and West Hollywood. These works are part of MONCHO1929’s “Chimera” series which explores the contrast of colors and subjects in order to begin a new narrative within the works. The artist challenges the viewer to consider the images, symmetry and tension caused by the division and juxtaposition of the images contained within of each of the works. The works within the “Chimera” series are intended to begin and continue conversations with the viewer about social norms, idolatry, tension and balance. 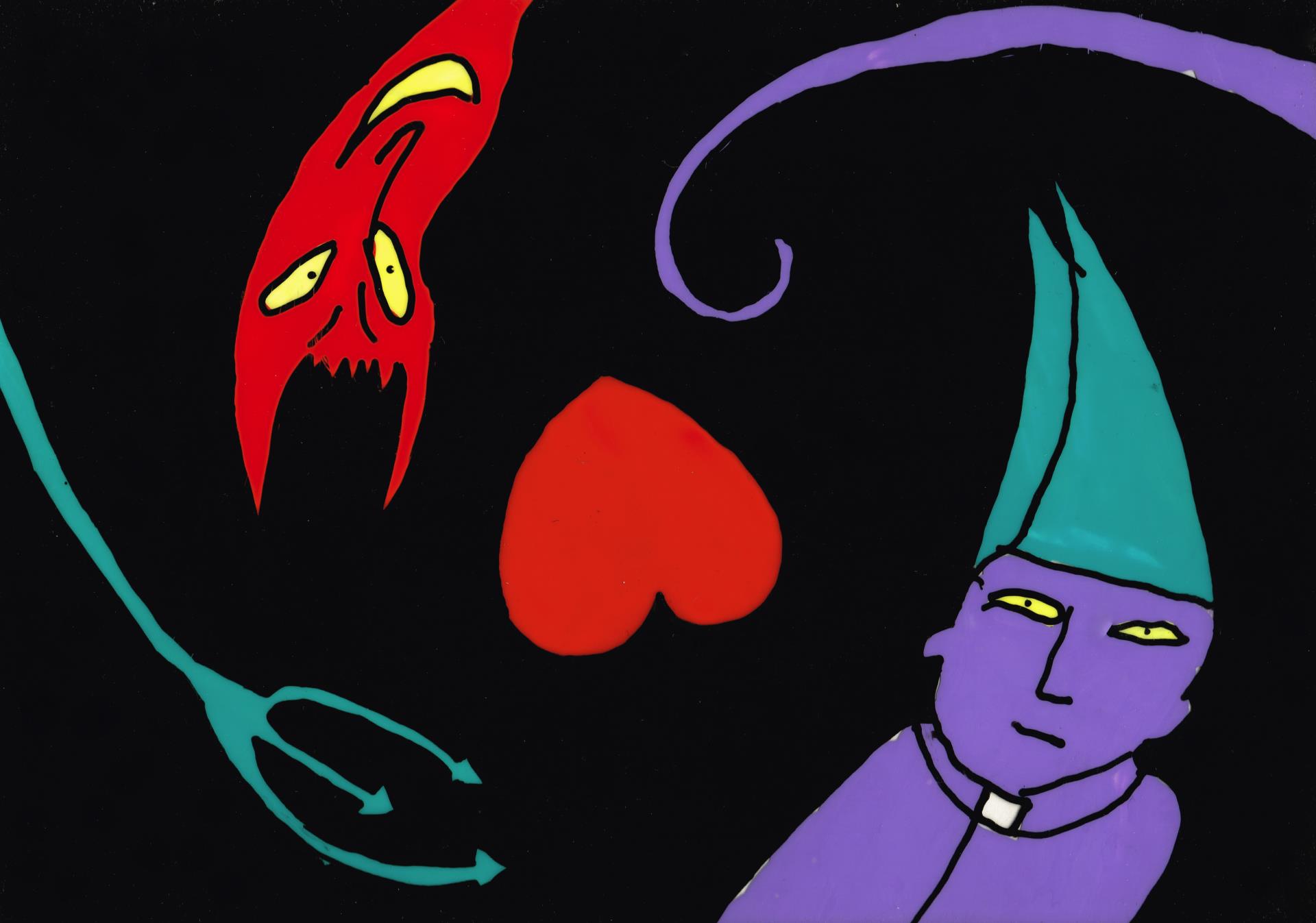 Eileen O’Meara is an American Artist known for her experimental animated films, AGNES ESCAPES FROM THE NURSING HOME, THAT STRANGE PERSON and the HBO/UNICEF Cartoon for Children’s Rights. O’Meara received National Endowment for the Arts, Media Arts Fellowship from the California Arts Council, Women in Film’s Hollywood Film & Video Grant, and the Stephen Hunter Flick-Creative Cafe Post Production Grant. Panic Attack! is a hand-drawn animation from the point of view of a woman having a panic attack. The artist wanted the transitions between reality and her imagined fears to be seamless, so there are no edits and the art work is one continually transforming drawing. 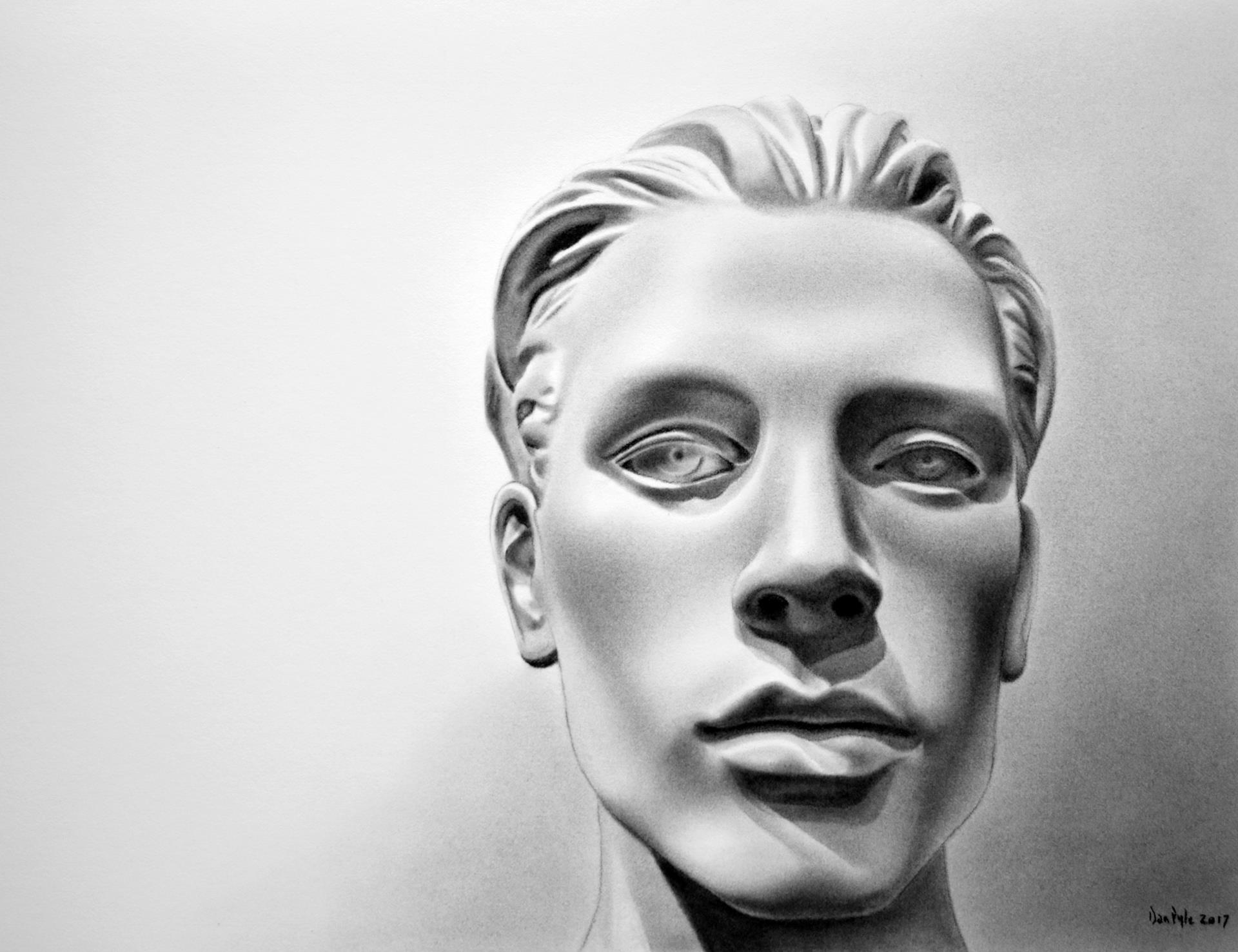 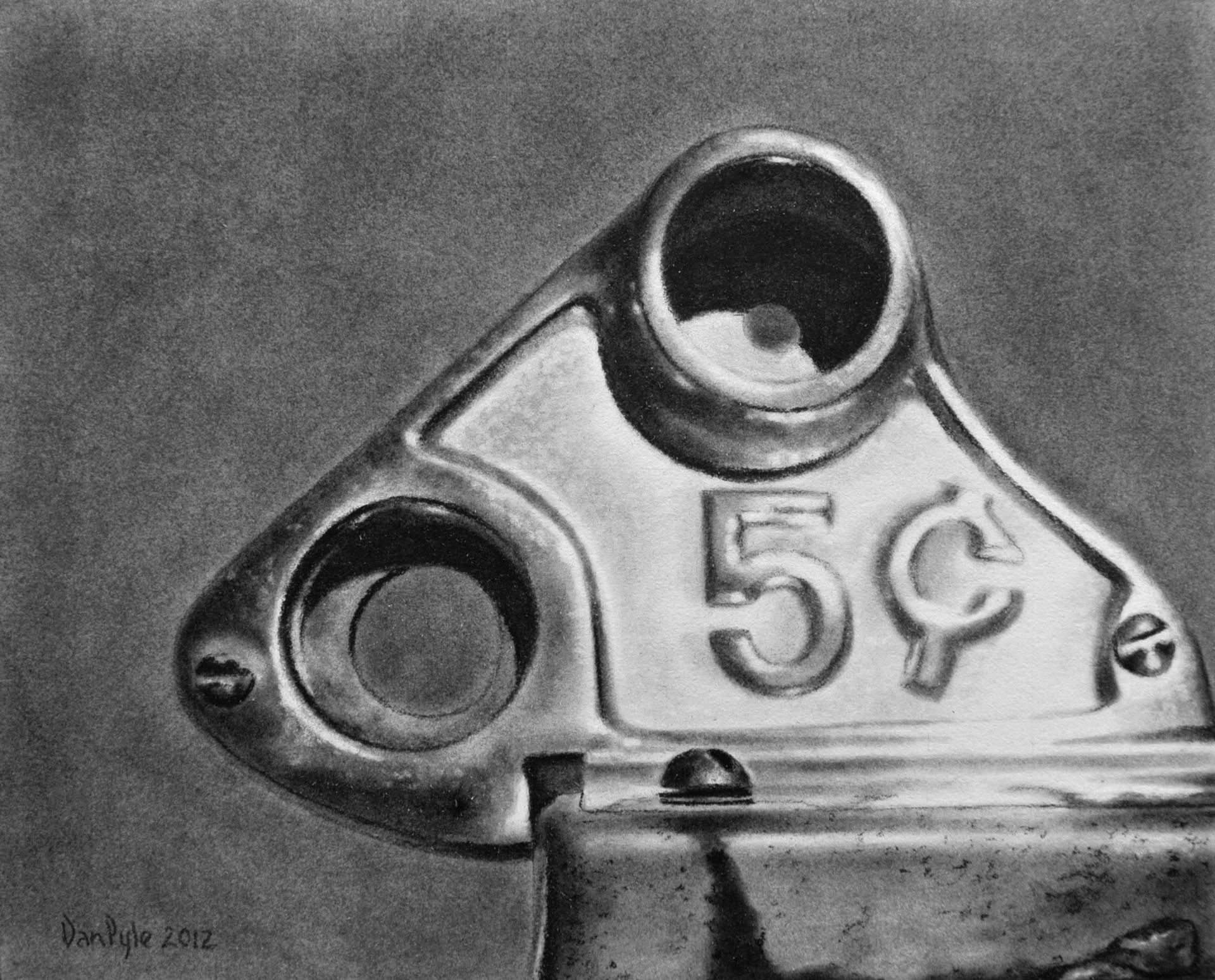 Dan Pyle was born in Montana, grew up in Washington State and now lives in California. He has been drawing since childhood with virtually no formal art training. The photographic realism of Dan’s drawings is noteworthy due to the fact that he works exclusively in charcoal. He finds inspiration in shadows and contrasts and manipulates the use of negative space to explore the theme of anonymity. Dan’s work celebrates his relentless enthusiasm for detail through a vast collection of subject matter including muscular figures and distressed objects from the past. His award-winning drawings have been exhibited in shows throughout California, New York and Massachusetts. Dan has gallery representation in Europe and clients as far away as Malaysia and Australia. His drawings have been published in numerous art magazines & books, both domestically and internationally. Eugene Salandra, a New Jersey native, studied film and television at New York University and drawing at The Art Students League of New York. With the exception of a brief Benedictine monastic sojourn, the artist' life has been occupied with practicing of the art of animation. Mentors John Canemaker and the late Tissa David were among the artist's influences. His favorite things are drawing, watercolor, tea and herbalism, yoga, meditation, music, theatre, puppetry, crochet, nature strolls, and vegetarian cooking. FaerieFilm is Eugene Salandra's award-winning 1993 animated documentary about the Radical Faerie Movement. It has been newly remastered from the original negative. SKÜT aka Scott Lewallen is an artist native to Los Angeles. Best known as cofounder and original designer of Grindr, Scott is an active member of the gay community and currently lives in West Hollywood, California. Inspired by the ambiguous finale to the 1982 neo-noir film Blade Runner, Unicorn Origami symbolizes a mantra to live life free of judgement with a hunger for curiosity. Ask questions, embrace diversity, and above all love unconditionally. This piece reflects a personal commentary on how such small symbols can influence a soul, impact its journey, and implore you to “Revel In Your Time.” 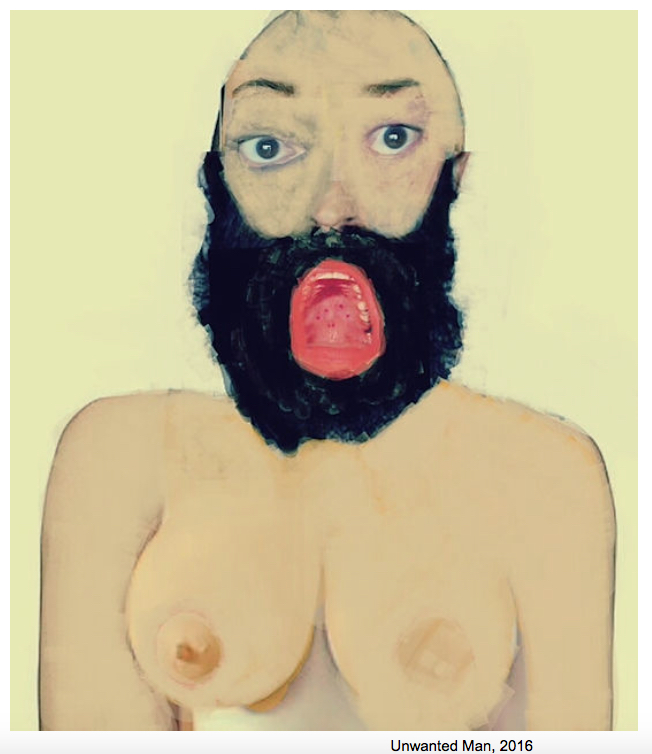 This artwork is from the artist SMITH's Scream series (2016-2017). The subject matter - screams – reflected a specific moment in the artist’s life. Unwanted Man was created out of the inability to control one's life on a personal and professional level.

Jon Viscott is a professional photographer that photographs a wide range of subject matter from concerts, events, architectural, commercial, lifestyle, hospitality, government, editorial and film production. He picked up his first camera at the age of 15 and was mentored by a commercial and entertainment photographer when he first moved to California in 1986. He has worked extensively in the photographic industry. Recently, Jon was nominated and won the John Chase Art & Design Award at the West Hollywood Chamber of Commerce's 34th Annual Creative Business Awards 2017.

Studios on the Park is a nonprofit art center in the heart of historic downtown Paso Robles. The center features six studios with 15 working artists, four galleries and a fine craft and fine art gift shop.

WeHo Arts: The Plan is a community-based cultural plan for the City of West Hollywood. It is the result of an iterative 18-month process that took place during 2016 and 2017, and  included contributions from over 1,700 individuals and many groups. The City's Arts & Cultural Affairs Commission (ACAC) guides the work of The Plan. The Plan will guide the City of West Hollywood's arts and culture programs and services over the next 5+ years. WeHo Arts: The Plan  was approved by the West Hollywood City Council on August 21, 2017.