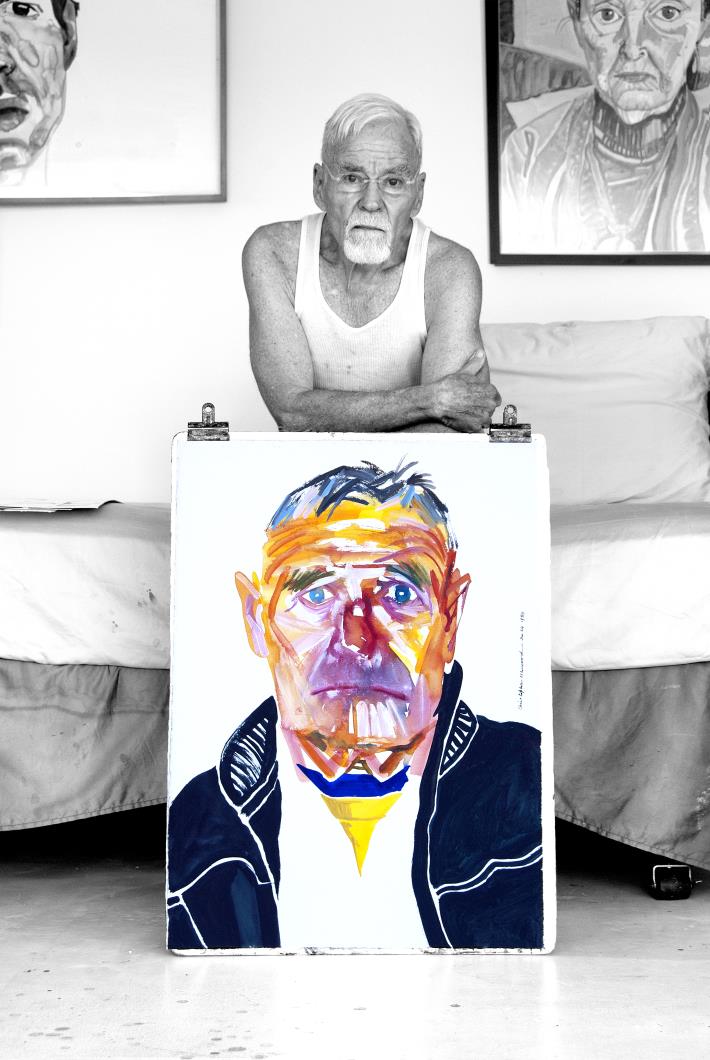 The City of West Hollywood's Arts Division presents a new exhibition featuring photography by Wayne Shimabukuro and original artworks by Don Bachardy. Bachardy and Christopher Isherwood, the acclaimed novelist, were a couple for over 30 years until Isherwood’s death in 1986. They lived together in Santa Monica on Adelaide Drive, which provides the name of the exhibit.

Wayne Shimabukuro has been photographing the artists of LA for more than 30 years. He started when he was an art student in the early 1970s, taking pictures of his friends and teachers. While taking artist’s portraits began as a casual endeavor, it gradually became a project of its own and he has made hundreds of photographs of artists. His work is included in numerous collections, including The Fullerton Museum of Art, California State University,  The Getty Research Institute, The Huntington Library, and LACMA.

Don Bachardy is an American portrait artist who has had many exhibitions. His works reside in the permanent collections of the Metropolitan Museum of Art in New York; the M.H. de Young Memorial Museum of Art in San Francisco, the University of Texas; Henry E. Huntington Library and Art Gallery, San Marino, California; the University of California, Los Angeles; the Fogg Art Museum of Harvard University; Princeton University; the Smithsonian Institution; and the National Portrait Gallery, London. His book Stars in My Eyes (2000), about celebrated people whom he had painted, became a number one best-seller in Los Angeles.

Christopher Isherwood was a novelist whose best-known works include The Berlin Stories (1935–39), two semi-autobiographical novellas inspired by Isherwood's time in Weimar Republic Germany. These were adapted first into the play I Am a Camera (1951), then the 1955 film of the same name, and much later (1966) into the musical Cabaret which was acclaimed on Broadway and turned into an Oscar-winning film. His novel A Single Man was published in 1964, and was adapted by Tom Ford into a film of the same name in 2009 starring Colin Firth. Isherwood was diagnosed with cancer in 1981, and died in 1986 at his Santa Monica home, aged 81.

This exhibit is organized by the City of West Hollywood's Economic Development Department / Arts Division and is also part of the City’s One City One Pride LGBTQ Arts Festival which celebrates LGBTQ pride through the arts with the theme “I Remember” from May 22 – June 30, 2018. More information is available at www.weho.org/pride and www.weho.org/arts.