An exhibition of artwork by Ramiro Gomez & David Feldman 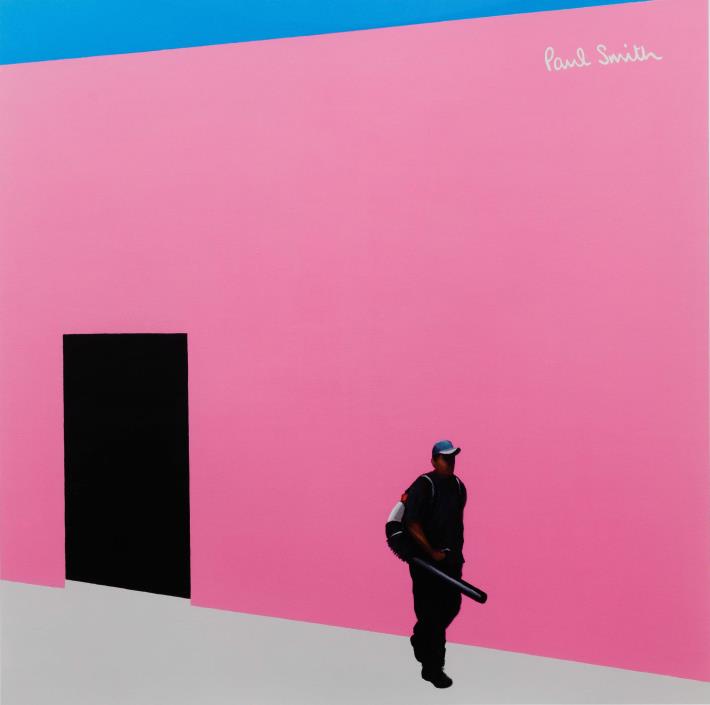 In conjunction with the exhibition, please join the City of West Hollywood’s WeHo Arts program for a screening of the short film Los Olvidados followed by an artists’ talk with Ramiro Gomez and David Feldman. To RSVP, click here. 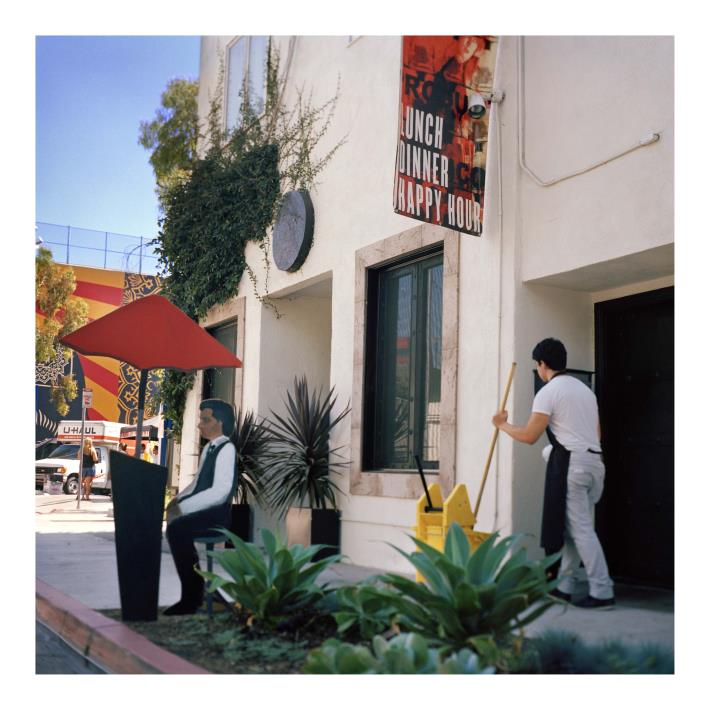 Ramiro Gomez was born in 1986 in San Bernardino, California, to undocumented Mexican immigrant parents who have since become US citizens. He briefly attended the California Institute for the Arts before leaving to take work as a live-in nanny with a West Hollywood family, an experience that did much to inform his subsequent artistic practice.

Gomez’s work is known for addressing issues of immigration and making visible the “invisible” labor forces that keep the pools, homes, and gardens of Los Angeles in such pristine condition. He has been a resident of the City of West Hollywood for many years, and the images he sees in the neighborhood regularly inspire his new work.

David Feldman is a photographer and filmmaker who has documented many of Ramiro Gomez’s art installations. Originally from Philadelphia, he graduated with a Film & Media Arts degree from Temple University. He began his professional career in the film and television industry working on projects such as True Blood and Getting On. His short film Los Olvidados documented Ramiro Gomez’s artistic process before, during and after installing an art installation in the Sonoran Desert of Arizona, and was the winner of the Oxford Film Festival in 2015.

Ramiro Gomez and David Feldman are artists who live in West Hollywood, and whose artistic partnership stems naturally from their relationship as a couple.

The City of West Hollywood first worked with Ramiro Gomez during Install: WeHo, an LGBTQ pop-up art village co-sponsored by the City, which consisted of art installations in the back of U-Haul trucks parked over a weekend in 2012. Gomez had been getting attention for placing cardboard cut-outs around West Hollywood, Beverly Hills and Los Angeles featuring gardeners trimming hedges and other “invisible” labor forces. Gomez expressed interest in participating, so we connected him to the curators. He installed several cut-outs as interstitial artworks around the site including two movers with a couch and a valet attendant. Photographic documentation taken by David Feldman of these installations is included in this exhibition. In 2013, Gomez installed his first public artwork to be on extended display. This site-specific figurative mural is called The Caretakers (Los Cuidadores) and features images of three nannies and one gardener. The artwork is installed in West Hollywood Park and was commissioned by the City of West Hollywood, however it is currently not viewable while West Hollywood Park Phase 2 renovations are underway.

The three nannies in the mural are based on real-life nannies named Daisy, Elsa, and Lucy who Gomez met while working as a nanny himself. The fourth male character in the composition is based on several gardeners he has seen working in West Hollywood Park or at the Pacific Design Center across the street from the park. All four of the characters highlight the loving efforts to maintain gardens and raise children in the City. The installation was designed to be a more permanent version of Gomez’s cardboard cut-out artworks.

In 2017, as part of the Whitney Biennial in New York, Gomez was invited by Rafa Esparza to contribute to Esparza’s installation Figure Ground: Beyond the White Field. Gomez spent time observing Whitney staff members—from janitorial workers to security guards—in the week leading up to the opening of the 2017 Biennial. He recorded his observations in cell phone photographs and used these images as the basis for paintings on pieces of cardboard which were then gifted to the subjects of the respective paintings.

Gomez’s work is included as part of the group exhibition at the Los Angeles County Museum of Art (LACMA), Home—So Different, So Appealing, on view until October 15, 2017. This exhibit is co-organized by LACMA; the UCLA Chicano Studies Research Center; and the Museum of Fine Arts, Houston, and is part of the Getty’s Pacific Standard Time: LA/LA, a far reaching and ambitious exploration of Latin America and Latino art in dialogue with Los Angeles.

Gomez’s contributions to this exhibition include several of his magazine works, in which he superimposes figures of housekeepers and domestic workers into the perfectly maintained and manicured layouts featured in interior design magazines. In August 2017, LACMA announced their acquisition of one of Gomez’s works, Cut-Outs (2015), into their permanent collection. Cut-Outs is a full-room installation of acrylic-on-cardboard panels and sculptures which Gomez started during his residency at Institute for the Humanities Gallery at the University of Michigan in 2015. 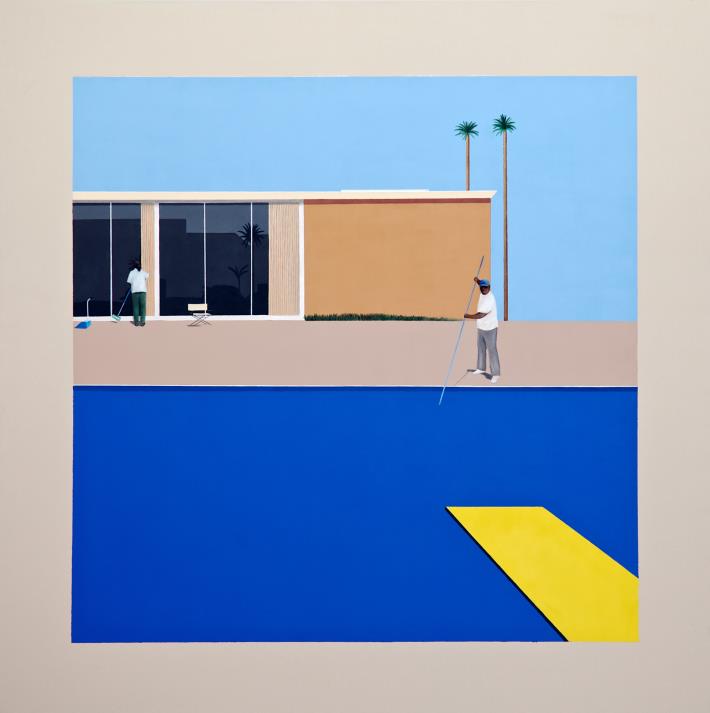 This exhibition was curated by Mike Che and Charlie James.