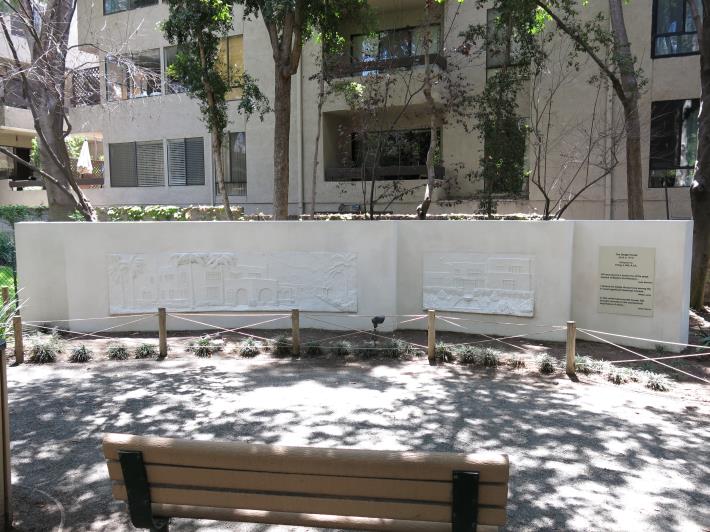 About the artwork: A monument for what is believed to be one of the most significant houses of the 20th century, The Dodge House, designed by architect Irving Gill, built in 1916 and demolished in 1970. The building, originally stood in West Hollywood, and made a “profound break from the traditional pitched roof, symmetrical house design. Gill had the radical notion to elevate reinforced concrete to the “architectural importance of stone,” but perhaps more important thatn the house’s form – a horizontal box lacking roof overhangs, surface details or other ornaments – was a revolutionary vision of what modern Southern California house could, and would, be.” (Head, Jeffrey. 2011, July 16. Dodge House in West Hollywood: All that’s left is the architect’s genius and a cautionary tale. Los Angeles Times. www.latimes.com)