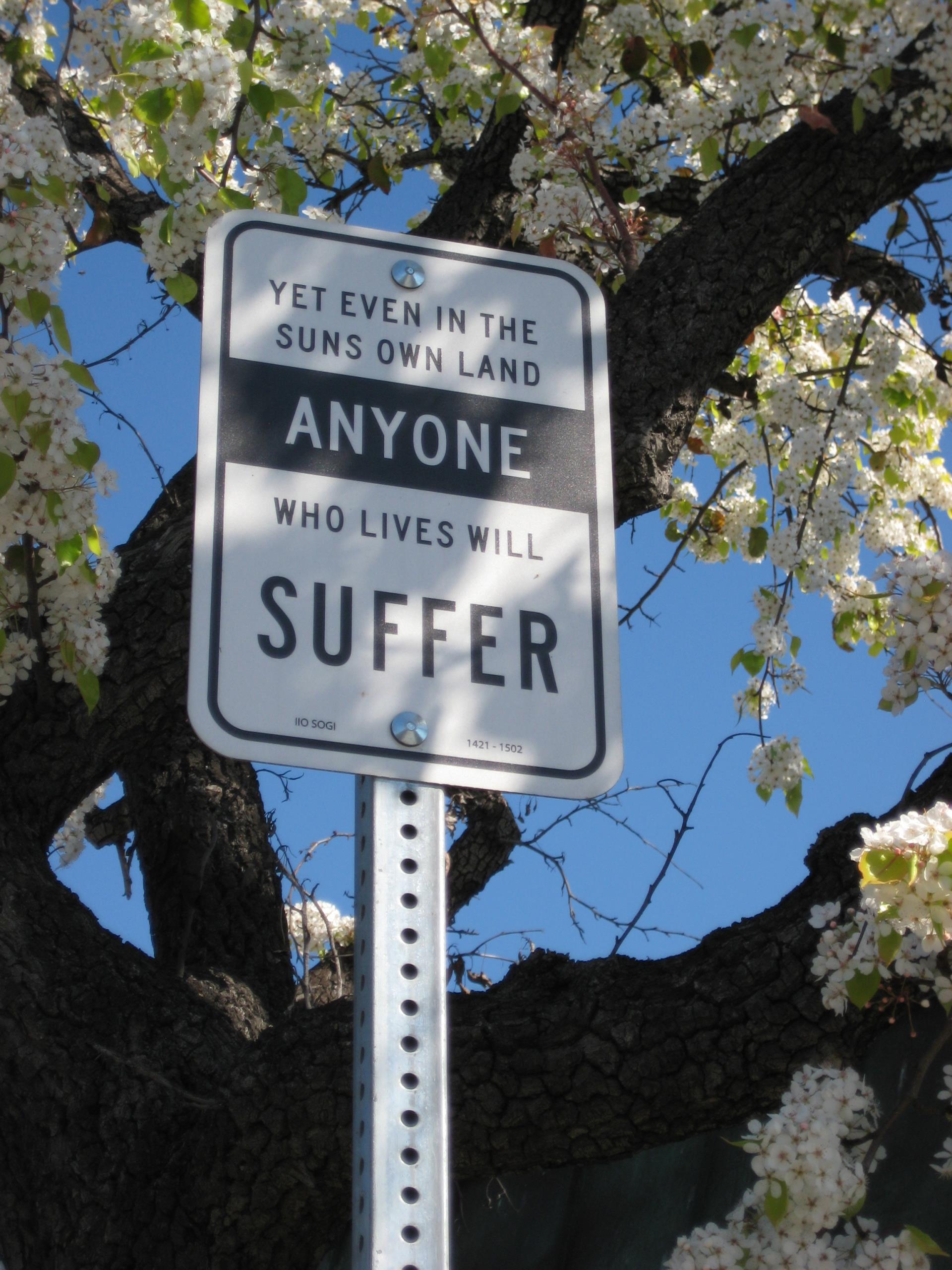 About the Artwork: Rebecca Lowry’s Regard is a series of eleven (11) poetic municipal traffic signs placed within West Hollywood City Limits. Originally produced in conjunction with artlab21 and the Los Angeles Art Association’s Urban Intervention Project, Regard has been active for seven years, since its unveiling on January 16, 2010. Each sign in Regard resembles a standard municipal traffic sign at first glance, but contains a haiku. Eight of the signs are in English; two in Russian, and one in Spanish; these 11 installations are a surprising addition to the city’s streetscape.

About the Artist: Rebecca Lowry has been pursuing independent fine art practice since 2003. A native of Northern California, Lowry lived nearly a decade in Boston, Massachusetts where she earned degrees at Boston University and Harvard Design School. While living in Zurich, Switzerland, time spent working at the firm of Herzog & de Meuron strongly influenced her engagement in visual art. She now makes her home in Northeast Los Angeles.