The May 9 Victory Day is celebrated in most of the successor states to the Soviet Union. The day is traditionally marked by ceremonial military parades with the most prominent one being traditionally held in Moscow Red Square.

This is one of the biggest Russian holidays, Victory Day, marks Germany’s surrender to the Soviet Union in 1945, ending one of the bloodiest wars in Russia’s history. Many Russians celebrate Victory Day on May 9.  On this day, TV networks broadcast World War II-inspired films, younger generations honor veterans, and the festivities culminate in a military parade at Moscow’s Red Square.  Many people attend a local military parade and watch the fireworks at night on Victory Day. The biggest parade is in Moscow’s Red Square, showcasing Russia’s military forces. Most veterans wear their medals as they head to the parade or an event organized by a local veteran organization.

Another tradition is to give flowers, usually red carnations, to veterans in the street and to lay wreaths at the war memorial sites. Neighborhood schools may host a program prepared by the students, featuring wartime songs and poetry.  At home, families gather around a festive table to honor surviving witnesses of World War II and remember those who passed away. They may also watch a favorite Soviet film based on the events of World War II, which is also known as the Great Patriotic War. These films are repeated each year but the audience seems to never grow tired of them.  Victory Day is a national holiday in Russia. Public offices, schools and most businesses are closed for the celebrations. There may be changes in public transport routes due to parades and street performances.  Victory Day marks Germany’s surrender to the Soviet Union in 1945. It became the end of the Great Patriotic War for the USSR, which lost about 25 million citizens in the four years of fighting. Interestingly, until its 20th anniversary (May 9, 1965).

Common symbols of Victory Day in Russia are: 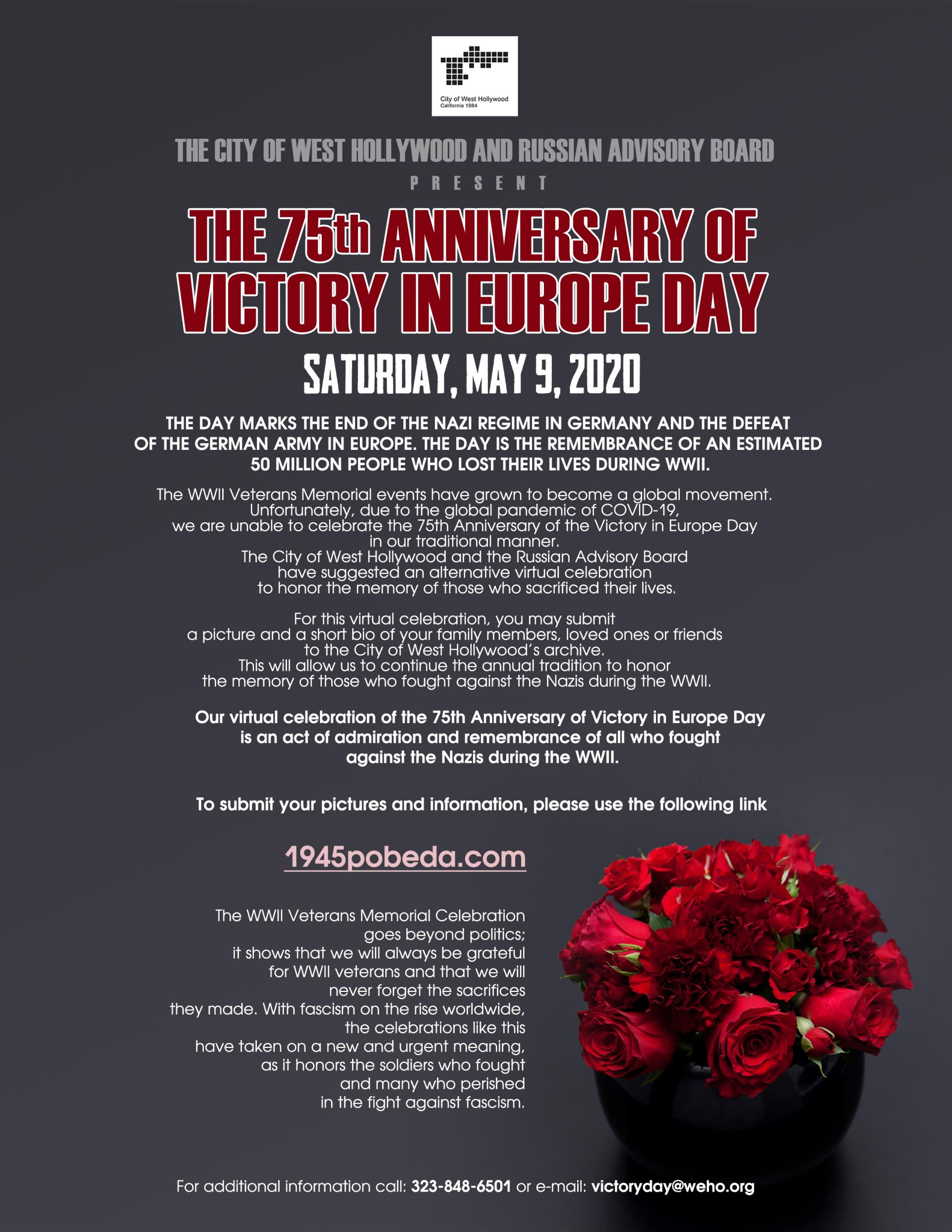