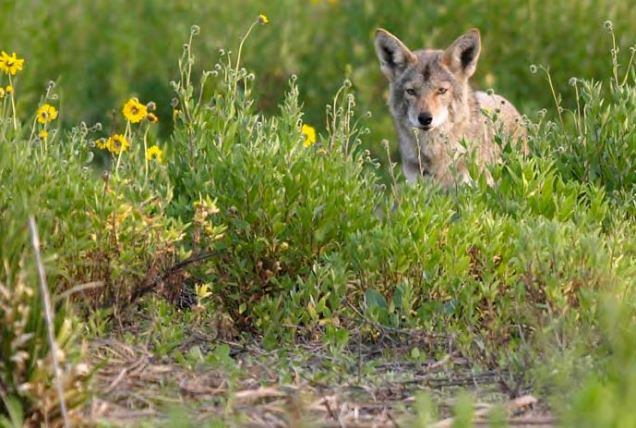 Coyotes are curious, smart and adaptable creatures and our urban areas provide the perfect balance of food, shelter and water for them. What you may not know is that even in fragmented and urbanized landscapes, coyotes can play an integral role in their environment by providing ecosystem services and helping to maintain species diversity. Coyotes in urban areas not only provide free rodent control by feeding on mice and rats, but also help to regulate the population size of other species that may cause conflicts with people in urban areas.

Generally, coyotes are reclusive animals who avoid human contact. Coyotes in urban and suburban environments, however, may learn that neighborhoods provide easy sources of human-associated food while presenting few real threats. These coyotes, having lost their fear of humans, may visit yards and public areas even when people are present and may cause conflicts with people and pets. Humans have contributed to this habituation of coyotes by not reacting when they see a coyote. We have a tendency to either ignore them due to fear or to be enamored by them because they are wild and it is “cool” to see one. To coexist safely, it’s important to modify this behavior and attitude in resident coyote populations.

Why You May Encounter a Coyote

Coyotes are drawn to urban and suburban areas for the following reasons:

What To Do If You Encounter a Coyote

On October 15, 2018, the West Hollywood City Council adopted a Coyote Management and Coexistence Plan. The aim of this plan is to educate community members about coyotes and their behaviors and provide general information about how to respond to coyote sightings to reduce the potential for harm and to provide tips for coexistence.

The Los Angeles County Department of Agriculture is the agency with primary jurisdiction over all wildlife in the County. For reports of coyote sightings or encounter, they can be reached at (626) 575-5462 or whpm@acwm.lacounty.gov.

The CA Dept. of Fish and Wildlife can also be contacted about coyote concerns at their South Coast Region Office (858) 467-4201

Additionally, the California Dept. of Fish and Wildlife and the University of California have reporting tools that help state and local agencies track coyote concerns.  These tools can be found below: