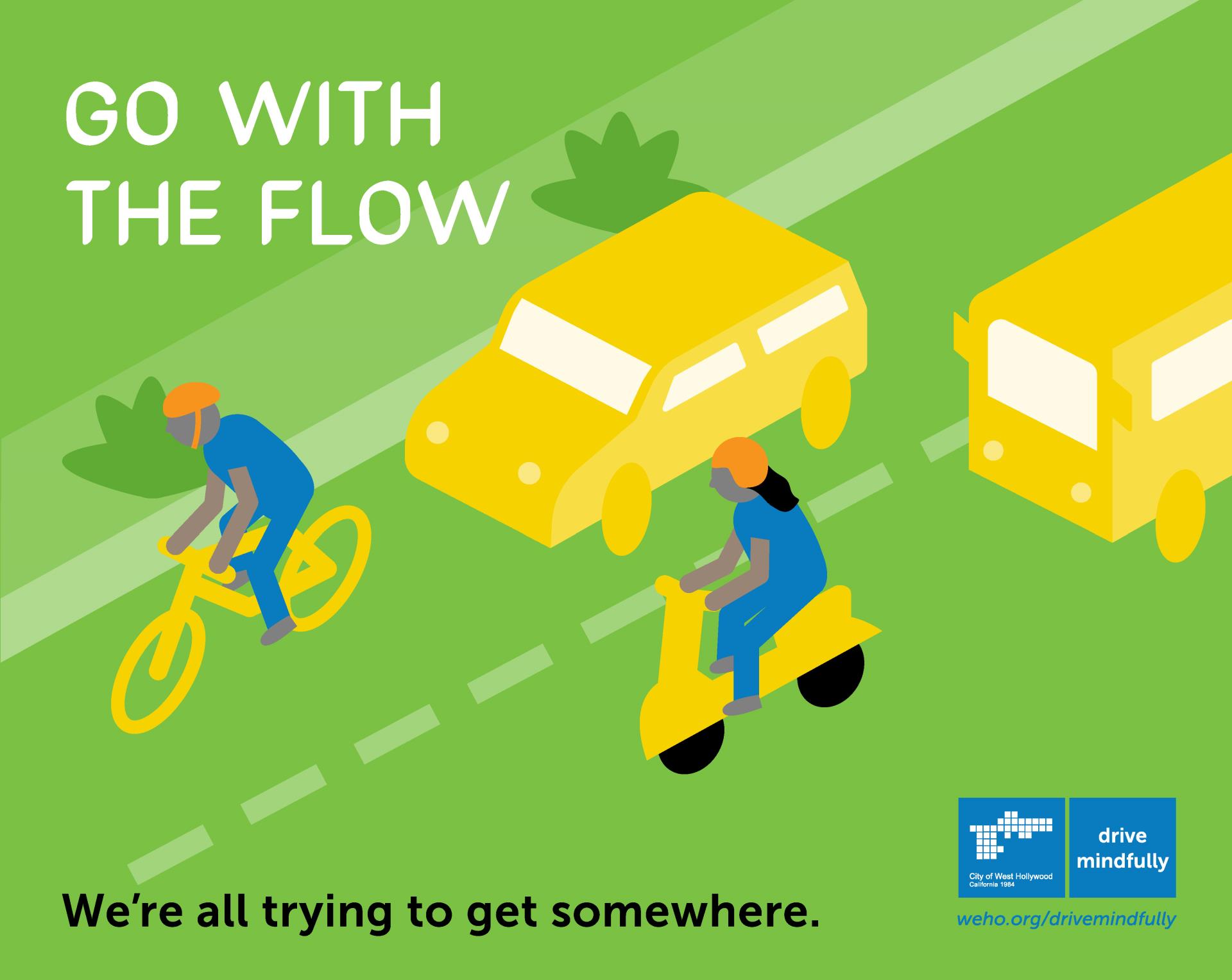 According to the National Highway Traffic Safety Administration (NHTSA)

Distracted driving is any activity that diverts attention from driving.

The City of West Hollywood has launched a public service campaign called Drive Mindfully, which reminds community members to embrace a mindful approach to driving. When we Drive Mindfully, we all do our part to help encourage safety in the community whether we’re driving, bicycling, or walking.

Drive Mindfully messages are featured in community-based ads, postcards, and lawn signs, as well as in the City’s social media on @wehocity on Facebook, Twitter, and Instagram. 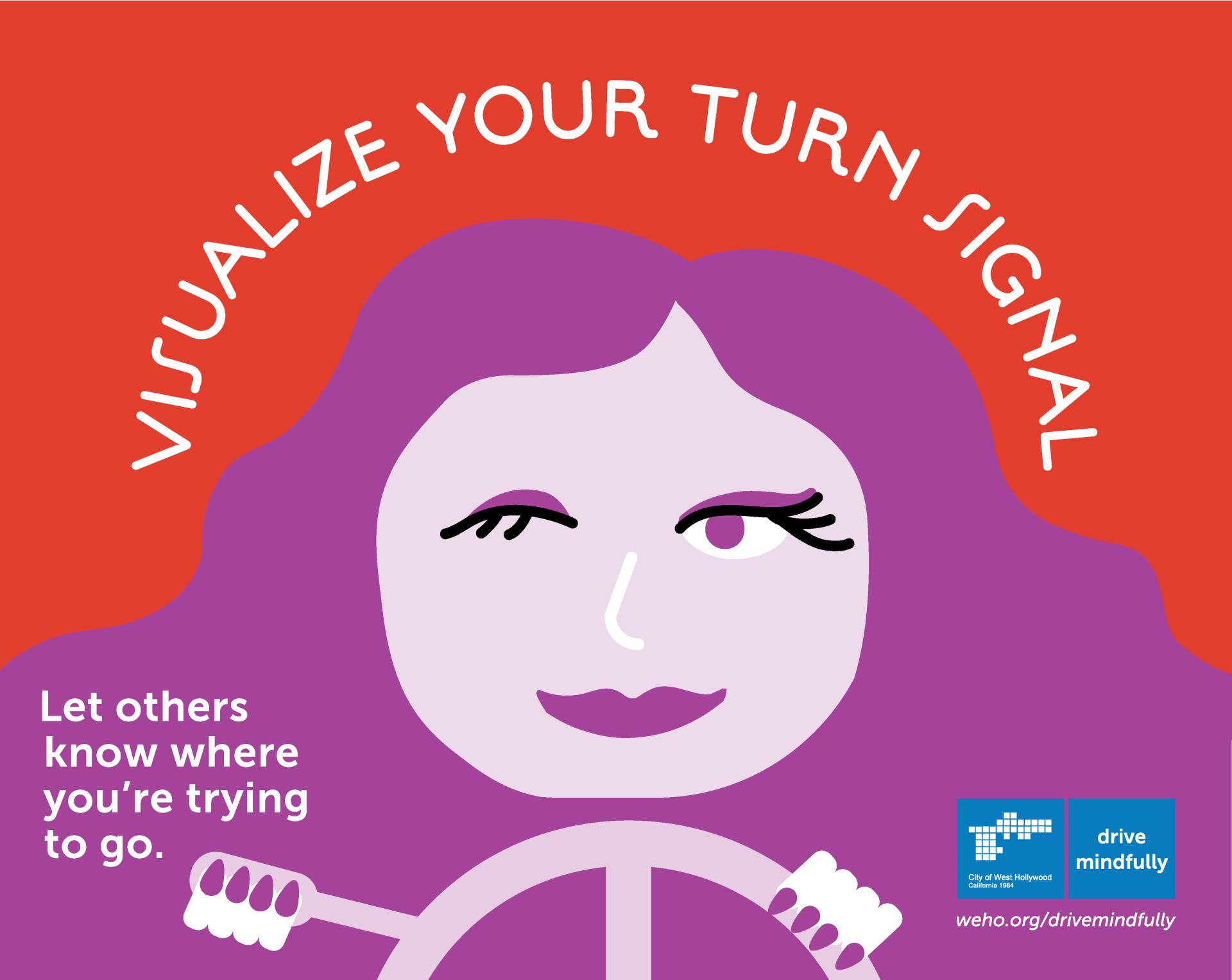 In addition, deputies from the West Hollywood Sheriff’s Station regularly issue citations for: